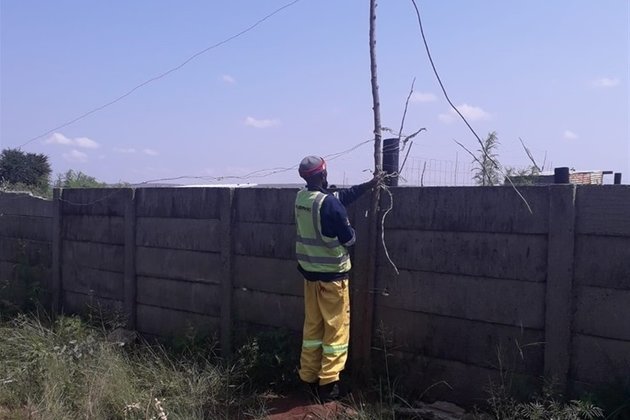 City Power will embark on a three-week programme to patrol and clear electricity lines servitudes of any encroaching objects in the Greenstone area in the East Rand.

The announcement, by the City of Johannesburg, came after mayoral committee member for environment and infrastructure services Mpho Moerane visited City Power's Sebenza and Westfield substations in Edenvale and Modderfontein in Kempton Park on Thursday.

The visit followed an investigation conducted by City Power into the cause of frequent power outages affecting the north-eastern corridors, especially the Greenstone area.

The investigation had uncovered that, while most of the outages were due to vandalism and cable theft, a worrying number was due to faults on the overhead lines caused by encroaching objects, including trees and buildings.

The City said an investigation, which started early this year, found that most of the trees interfering with power transmission lines were in private homes, especially around Senderwood, Sandringham, Bedfordview, Sandton and Morningside, where City Power was often denied access.

The City said there were also houses found to have been built under the transmission lines in some areas, including Alexandra and Morningside in Sandton.

"There shouldn't be any excuses about what needs to happen after this. I have directed the CEO to embark on a three-week programme to ensure that the servitudes are cleared. We also need to be clear and tough on those who refuse us access to cut trees in their yards. We will use the law where needs be, to ensure that by-laws are respected.

"No one is allowed to build a structure or plant trees under the power lines. It's not only dangerous, but, as seen recently, it poses a huge risk to our network, leading to frequent outages," said Moerane.

The area of Greenstone, with about 6 043 business and residential customers, is supplied from the Westfield substation, which is fed from the Sebenza substation.

At least 25 outages have been recorded from the Westfield substation since the beginning of January 2021, with the most recent on Sunday.

Ntsokolo said: "As a new CEO, I am going to prioritise this and ensure that we address it once and for all. I have ordered my team to do a blanket programme to clear all the servitudes, starting with this one affecting Greenstone.

"We will also review our SLA with City Parks to tighten it, so that there is frequent monitoring and clearing of the servitudes. We humbly urge the community to cooperate with our teams in the next three weeks and allow access in areas where the trees are on the private properties."

Ntsokolo also extended his apology to the residents of Greenstone and surrounding areas affected by the recent outages.

The City of Johannesburg also announced that City Power will increase security patrols in the area of Greenstone and has requested the Johannesburg Metro Police Department and SAPS to assist as well.

The City acknowledged that a long-term security solution needs to be implemented around infrastructure.

"Theft and vandalism have a disruptive effect on the lives of the residents and on the economy, especially during this time of Covid-19. Awareness campaigns will also be intensified to educate communities against the dangers of building under the servitudes, as this breaks the City's by-laws," the City said in a statement.