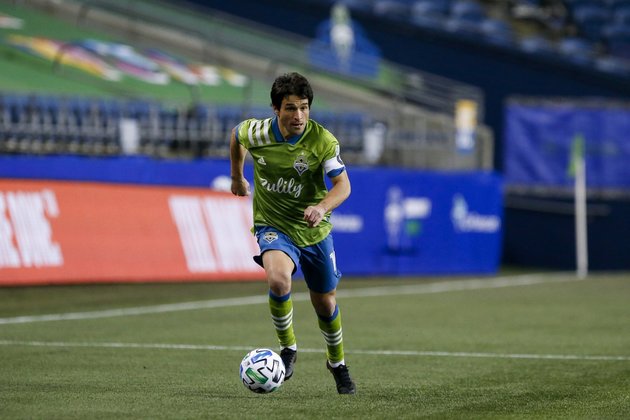 Minnesota United will try to get over some bad memories when they open the 2021 Major League Soccer season right where it ended last year's campaign -- at Seattle's Lumen Field.

The Loons and Seattle Sounders, who met in last year's Western Conference final, will kick off the season Friday night.

Minnesota held a 2-0 lead late in the second half and was on the verge of its first trip to MLS Cup. The Sounders' Will Bruins halved the deficit in the 75th minute, Raul Ruidiaz tied the score in the 89th minute, and Gustav Svensson got the winner in second-half stoppage time.

Seattle reached the league's championship game for the fourth time in the past five years, though the Sounders went on to lose 3-0 to the Columbus Crew for last season's title.

Loons coach Adrian Heath said of Seattle, "Well, it's never an easy place to go. As away games go on opening day, it couldn't be much tougher."

Minnesota's Emanuel Reynoso had a goal and an assist in the conference final to give him a league-record seven assists in a single postseason.

The Sounders will be without MLS Best XI forward Jordan Morris, who sustained a torn anterior cruciate ligament in his left knee this winter while on loan to Swansea City of the English Football League Championship. The Sounders still have two other first-team honorees in Ruidiaz and midfielder Nicolas Lodeiro, who is questionable for the opener due to an undisclosed injury.

To make up for Morris' absence, the Sounders brought back forward Fredy Montero, who played for the club from 2009-12 and shares the franchise record of 47 MLS goals with Clint Dempsey.

Sounders coach Brian Schmetzer has altered his formation to go with two forwards, allowing Ruidiaz to play up front with either Montero or Bruin.

"We certainly remember the last time they came to our place," Sounders goalkeeper Stefan Frei said. "We expect them to remember that painful experience as well. It's a new season. They're going to want to start the season on the right foot just as much as we do. We're at home, we would like to take the initiative if possible."

Seattle has a 6-0-1 record in the all-time series between the clubs.