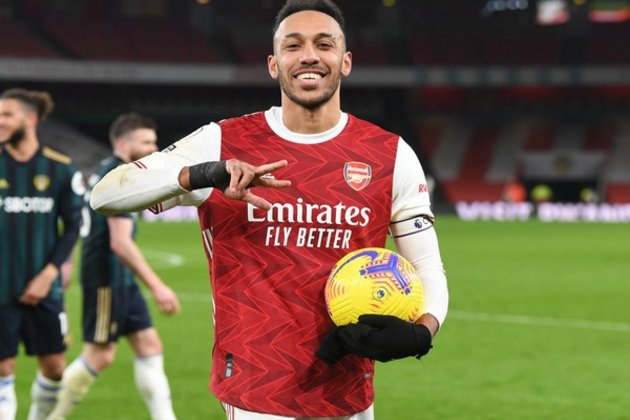 Aubameyang missed the Gunners' 3-0 Premier League win over Sheffield United in the weekend, with the club subsequently confirming that the striker had been struggling with illness.

"We just spoke with him. He's at home, he's fine, he's completely fine at the moment. He had two days in hospital to get the right treatment but he's feeling good now," Arsenal's official website quoted Arteta as saying ahead of the clash against Slavia Prague.

"We'll see how he recovers. I think he'll need a few days to recover from that. He wants to be back as soon as possible, that's what he said to me," he added.

Arsenal thrashed Slavia Prague 4-0 to progress to the Europa League semi-finals on Thursday. Nicolas Pepe, Alexandre Lacazette and Bukayo Saka all found the net in the first half while Lacazette added the fourth and final goal in the 77th minute of the game.

"When he wasn't involved against Sheffield, two days before he wasn't feeling good, but nobody could expect that was the case and the doctors took some more tests and that's when it came out. The doctor realised very quickly what had to be done and they did a great job, and he's safe and feeling good," Arteta said.

"Hopefully not because he feels really good, that's what he said to me today, and he really wants to get back, but I don't know, it shouldn't take too long," he added. (ANI)