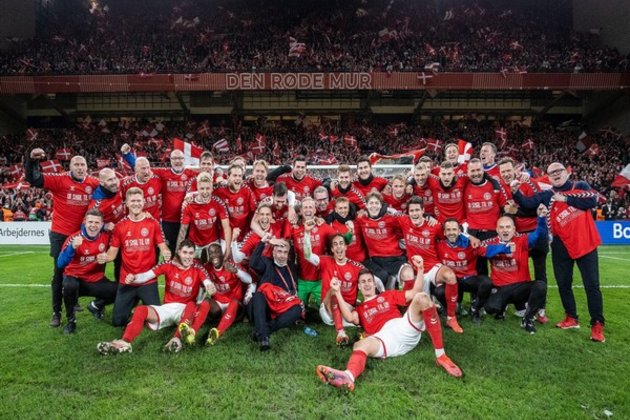 Copenhagen [Denmark], October 13 (ANI): Denmark booked their spot in next year's FIFA World Cup in Qatar as they maintained their perfect record in Group F on Tuesday.

Playing at the Parken Stadium, the hosts were dominant against a depleted Austria, but it took a piece of magic from Thomas Delaney to break the deadlock, the midfielder dancing through Austria's backline before teeing up Joakim Maehle to convert the clinching goal.

Germany was the first team to reach the 2022 tournament in Qatar via qualifying, sealing first place in its group on Monday.

Israel is in third place, four points further back, after a 2-1 victory over Moldova. (ANI)