Blood Brown Sugar: The Ride of his Life by author L.A. Nolan, takes to the voyage of thriller fiction 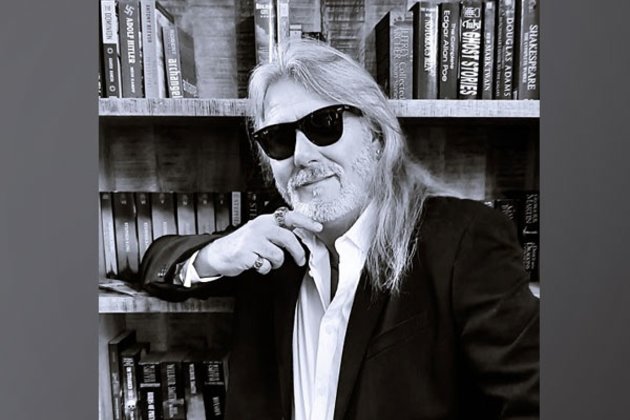 New Delhi [India], October 16 (ANI/NewsVoir): A twisty thriller by L.A. Nolan will keep you turning the pages through the mood of adrenaline rush.

The book is a perfect blend of emotions and gripping suspense that shines a spotlight on the corruption and demoralization that affects the lives of the shadows of normal society.

Taking in the uncertainties of life, misfortune, tragedy, and crime the book BloodBrown Sugar is without any doubt is an engaging and read-in-one-sitting novel of remarkable intensity.

The story is hearty, wrenching and full of action. Moreover, the journey of protagonist Alex Crossman and other characters are so perfectly described that it could be felt as to how an ordinary law-abiding citizen witnessed an assortment of emotions and elements like Motorcycles, guns, heroin that no words are minced!Talking about the idea behind this book Author and his wife expressed - "I am confident that, with the explosion of motorcycle club culture in India at its peak, and the recent deluge of news headlines concerning the Narcotics Control Bureau's activities, BloodBrown Sugar is a relevant and contemporary work of fiction that will strike a nerve in it's readers," said L.A. Nolan, Author of BloodBrown Sugar.

"BloodBrown Sugar is a fast paced thrill ride from Delhi to Goa. The interweaving of the story between Canada to India and the twists and turns of the sub plots from the supporting characters make this novel a serious page turner! For this read, you will need a seatbelt. It's one hell of a ride!" said Ruth Changsan Nolan, Author's Wife, Chief Engineer in Mumbai Railway Vikas Corporation (MRVC).

The book 'BloodBrown Sugar' by the author L.A. Nolan, a Canadian known for his flamboyant and adventurous personality was launched on 12th October 2021. The pre-book launch was also recently conducted through the virtual event party.

The interactive session was attended by guest speakers from around the world including Todd Southgate, an award-winning environmental documentary director, and cinematographer based in the south of Brazil who aids other International non-governmental organizations; Sajeesh Nair, the FounderChief Admin of one of India's biggest motorcycle riders consortium called India Bull Riders which he founded back in 2007; Susan Nolan Thomas, a renowned novelist who loves to share the adventure by creating stories of her own; Ananya Subramanian, Publisher at Leadstart Publishers also participated in the event.

Ruth Changsan Nolan wife and constant support of author Lee Nolan, the Chief Engineer in Mumbai Railway Vikas Corporation (MRVC), a PSU of the Ministry of Railways received several awards during her career, including a National Award in 2017, for outstanding service was also presented as constant support during the webinar. Everyone who attended the webinar was thrilled to see the book cover and the sneak-peek teaser edited by The Creative Circle.