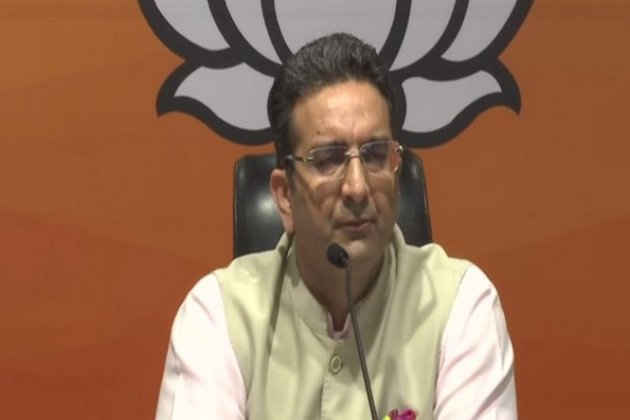 New Delhi [India], November 23 (ANI): Citing the new book of senior Congress leader Manish Tewari, Bharatiya Janata Party (BJP) on Tuesday lashed out at the Congress and stated that the excerpts from the publication show that the then UPA government was insensitive, useless and was even not concerned about national security.

Speaking to media here, BJP national spokesperson Gaurav Bhatia said, "Congress-led UPA government was insensitive, useless and was even not concerned about national security.""Congress President Sonia Gandhi, Rahul Gandhi will you break your silence today? Sonia Gandhi, our question is why the Indian Army was not given permission at that time? Our brave army was asking permission from former Prime Minister Manmohan Singh that we will teach a lesson to Pakistan. But why our brave army was not given this permission?" Bhatia asked.

He further mentioned the airstrikes carried out by the PM Modi-led government in recent years.

"You (Congress) even insulted NSG commandos who were killed during the attacks," Bhatia alleged.

He asked Congress to clarify the 'special bond' between them and Pakistan which caused them to take such decisions.

Responding to the book, BJP IT cell chief Amit Malviya tweeted: "After Salman Khurshid, another Congress leader throws the UPA under the bus to sell his book. Manish Tewari in his new book slams the UPA for weakness in the name of restraint post 26/11. Air Chief Marshal Fali Major is already on record saying the IAF was ready to strike but the UPA froze."The newly-appointed BJP national spokesperson Shehzad Poonawalla tweeted, "Rahul Gandhi and the Congress consistently echo the Pakistani line on every issue--Hindutva, 370 and Surgical strikes. Today, as we approach the 13th Anniversary of 26/11, the Congress must tell us what or who prevented a robust response post 26/11 like we saw post-Uri and Pulwama."In his latest book, Congress leader Manish Tewari has criticized the inactions of the then UPA government after the 26/11 attacks in Mumbai and said that India should have "actioned a kinetic response" to "a state that has no compunctions in brutally slaughtering hundreds of innocent people".

"Our actions should have spoken louder than our words", Tewari says as per the excerpts of the book '10 Flash Points; 20 Years - National Security Situations that Impacted India' released by the Congress leader himself on his Twitter account.

"For a state that has no compunctions in brutally slaughtering hundreds of innocent people, restraint is not a sign of strength; it is perceived as a symbol of weakness. There comes a time when actions must speak louder than words. 26/11 was one such time when it just should have been done," excerpts from the book read.