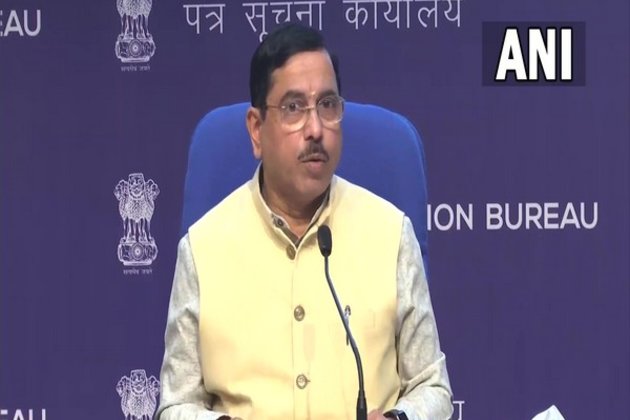 Joshi said that this during a brief interaction with ANI on the issue of Congress MP and former minister Manish Tiwari's book.

Joshi said, "Manish Tiwari is saying the absolutely right thing. Because, during UPA government, approach against terrorism was very weak and loose. I do not want to politicise the issue of terrorism. But, the UPA government never gave free hand to our forces to counter anti-national elements."He further said, "Be it 26/11 or others, the country knows how the overall situation was handled. Do not want to politicise. The policy of the Modi government is of zero tolerance towards terrorism. So that, what Manish Tiwari said in his book, Congress should introspect on those issues."It is pertinent to note that in his latest book Congress MP Manish Tewari said that then the Congress-led UPA government had gone soft in the name of restraint which is not a sign of 'strength', but 'weakness'.

BJP national spokesperson Gaurav Bhatia had lashed out at Congress and stated that the excerpts from the publication show that the then UPA government was insensitive, useless and was even not concerned about national security.

In his latest book, Congress leader Manish Tewari has criticized the inactions of the then UPA government after the 26/11 attacks in Mumbai and said that India should have "actioned a kinetic response" to "a state that has no compunctions in brutally slaughtering hundreds of innocent people".

"Our actions should have spoken louder than our words", Tewari says as per the excerpts of the book '10 Flash Points; 20 Years - National Security Situations that Impacted India' released by the Congress leader himself on his Twitter account."For a state that has no compunctions in brutally slaughtering hundreds of innocent people, restraint is not a sign of strength; it is perceived as a symbol of weakness. There comes a time when actions must speak louder than words. 26/11 was one such time when it just should have been done," excerpts from the book read.