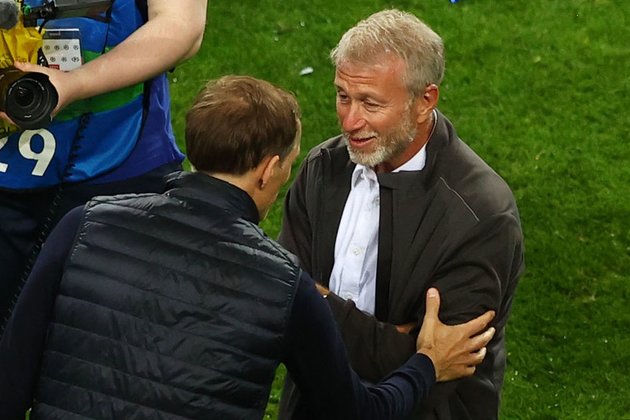 Chelsea manager Thomas Tuchel has admitted he does not know whether Roman Abramovich will watch his side during the owner's rare trip to the UK ? but he has revealed how he feels about the Russian billionaire.

Abramovich will not be in attendance when Chelsea host Juventus at Stamford Bridge on Tuesday in the Champions League - a competition the Blues won against domestic rivals Manchester City in May.

The owner was in attendance in Porto, reportedly visiting Tuchel on the morning of the final and being pictured in a congratulatory chat with him on the pitch afterwards.

After visa trouble in 2018, the businessman and Israeli citizen's trips to the UK have been scarce.

Tuchel could not confirm Abramovich's movements ahead of his side attempting to avoid defeat against Juve - a result that ensure Chelsea qualify for the knockout stages, eliminate Russian champions Zenit St Petersburg and avenge the Premier League leaders' 1-0 in Italy.

"I have to say I do not know if he is in London at the moment," Tuchel said in response to a question about whether he had met Abramovich in recent days.

"Is he a special owner? First and most important, he is a huge football fan. He is in love with the game, with the details.

"He wants to know everything about what's going on here [at training base] Cobham and we keep him informed and keep him posted because he has a genuine interest and love for the game.

"This is the most important and makes things very special. I have a feeling it's about this.

"He wants for this, to be entertained, to be competitive and he wants to have the right attitude on the pitch.

"This is what he created here, it's amazing. We are blessed to enjoy our time here in this club and to keep on progressing."

Abramovich has been in the UK to host a small event at the Bridge, where he received Israel's president Isaac Herzog to look at a Holocaust exhibition including a commission he funded as part of Chelsea's 'say no to anti-semitism' campaign.

A spokesperson for the 55-year-old said that his busy schedule will prevent him from watching the Juve match in person.

"He has a previous commitment elsewhere to a charity which he supports," they reportedly said.

There could still be time for Abramovich to take in a game: Chelsea are at home to Manchester United on Sunday and visit London side Watford three days later.