Manish Tewari regaining consciousness now on 26/11 Mumbai attacks, why didn't he raise it that time: AdhirChowdhury 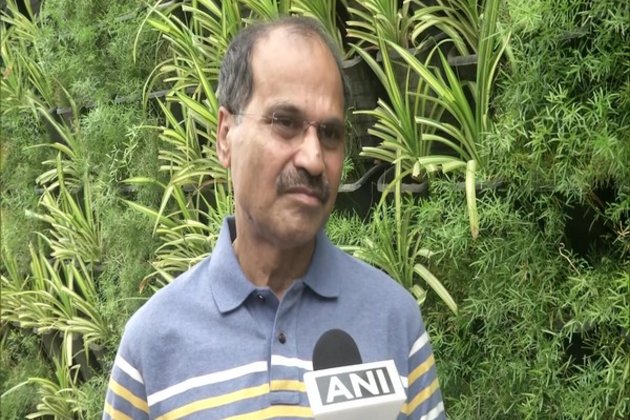 New Delhi [India], November 24 (ANI): Congress leader Adhir Ranjan Chowdhury on Tuesday slammed his party colleague Manish Tewari for criticising the then United Progressive Alliance government for its response to the 26/11 Mumbai terror strike and questioned him why he did not talk about it that time.

Commenting on Tewari's upcoming book "10 Flash Points; 20 Years - National Security Situations that Impacted India," the leader of the Congress party in Lok Sabha said instead of the 26/11 attacks, Tewari should focus on China and its recent activities along the country's border. "An expert from Tewari's upcoming book reads: "For a state that has no compunctions in brutally slaughtering hundreds of innocent people, restraint is not a sign of strength; it is perceived as a symbol of weakness. There comes a time when actions must speak louder than words. 26/11 was one such time when it just should have been done," an excerpt from the book read. It, therefore, is my considered opinion that India should have actioned a kinetic response in the days following India's 9/11."Slamming Tewari, Chowdhury said, "He is regaining consciousness now. Why has he not talked about it that time?"He also said that Pakistan was majorly weakened by former Prime Minister Indira Gandhi. "Pakistan's situation is such that our Border Security Force (BSF) is enough to tackle them. For those nations that BSF can tackle, what was necessary to do against them in 26/11?" asked Chowdhury.

Speaking to ANI, Chowdhury said, "He (Manish Tewari) should be focusing more on China that has captured many of our areas in Ladakh and built villages in Arunachal Pradesh."He further said that the book will have good sales as all Bharatiya Janata Party (BJP) leaders will purchase it.

Union Minister Pralhad Joshi have come in support of the Tewari and said, "Manish Tiwari is saying the absolutely right thing. Because, during UPA government, approach against terrorism was very weak and loose. I do not want to politicise the issue of terrorism. But, the UPA government never gave free hand to our forces to counter anti-national elements."Meanwhile, Congress leader Amit Malviya tweeted, "After Salman Khurshid, another Congress leader throws UPA under the bus to sell his book. Manish Tewari in his new book slams the UPA for weakness in the name of restrain post 26/11. Air Chief Marshal Fali Major is already on record saying IAF was ready to strike but UPA froze."Tewari had earlier lashed out at his party asking if the BJP would react similarly to some "hard analysis" about their handling of the national security.

"I am rather amused at BJP reaction to one excerpt from a 304 Page book that tries to dissect responses to National Security Situations that Impacted India. I wonder would they react similarly to some "hard analysis' about their handling of the National Security Remit also?" Tewari had tweeted.

"Our actions should have spoken louder than our words", Tewari quoted an excerpt of the book.

Citing Tewari's book, BJP had earlier launched an attack on Congress and stated that the excerpts from the publication show that the then UPA government was insensitive, useless and was even not concerned about national security.