French fishermen to blockade their own ports in Brexit row 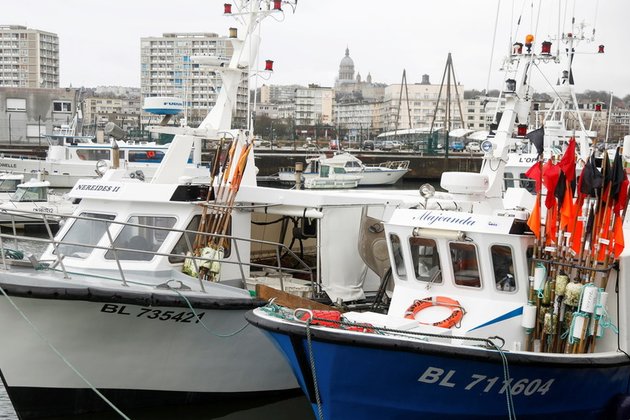 France's fishing association has said it will blockade four locations, including the key port of Calais and the Eurotunnel, on Friday in the latest protest over UK restrictions on post-Brexit fishing licences.

In a press conference on Thursday, Gerard Romiti, president of National Maritime Fisheries Committee, announced the demonstration in "response to the UK's provocative, contemptuous and humiliating attitude" towards French fishermen.

The Channel Tunnel and the port at Calais are two key sites for transporting goods between Britain and France. Other areas set to be hit by the protest are St Malo and Ouistreham, with the demonstrations across all four set to run from 8am local time until 4pm.

Tensions have escalated between London and Paris in recent months over claims by French fishermen that the UK is not handing out a sufficient allocation of licences as part of post-Brexit arrangements.

French fishermen have repeatedly engaged in acts of protest throughout the year, as they become increasingly frustrated with the UK's refusal to address the situation.

In April, trucks carrying fish that had been caught in UK waters were blocked by French fishermen from entering processing centers in France. A month later, the UK deployed its navy to protect the port in Jersey from an attempted blockade by French fishing vessels.

French Prime Minister Jean Castex recently reaffirmed his government's commitment to get the UK to respect what his nation sees as the post-Brexit fisheries deal struck with the EU. The UK government has repeatedly denied it is at fault, rejecting claims that it is meant to distribute more licences under the terms of the agreement.

In response to Friday's planned action, a spokesperson for the UK prime minister criticized the "threats of protest activity," but deferred to French authorities due to the locations involved.

"It obviously will be a matter for the French to ensure that there are no illegal actions and that trade is not affected but we continue to monitor the situation closely," the statement said.