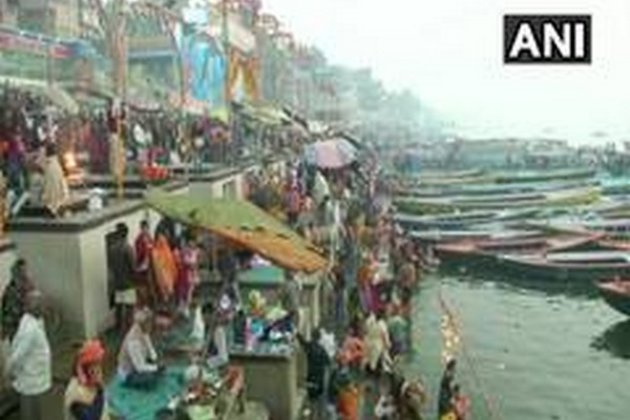 Varanasi (Uttar Pradesh) [India], December 5 (ANI): The city of Varanasi has been decked up before the inauguration of the Kashi Vishwanath corridor by Prime Minister Narendra Modi on December 13.

The entire stretch of Godowlia to Maidagin has been painted in pink, to maintain a consistent look and bring out its rich heritage.

"It is one of the biggest events for Varanasi. The city is gradually being decorated with lights for the inaugural day. Temples are also getting decked up with lights. A day before the inauguration 'shiv barat' will be held," said a state official to ANI.

"After the inauguration of the corridor, blessed food (prasad) will be distributed to the residences as well," the source added.

At Kashi Vishwanath Dham Corridor, devotees will also see a statue of Maratha Queen Maharani Ahilyabai Holkar, who once reconstructed the temple.

The entire event will be aired live across the country.

The estimated cost of this entire project is close to Rs 800 crore. It will connect Kashi Vishwanath Temple with the Ganga river.

Known to be Prime Minister's dream project this Corridor will shorten the time span and will set a direct link between the temple and the Ganga river.

The corridor aims to give the temple area a decongested look that the historic city grapples for. Multiple constructions such as temple Chowk, Varanasi city gallery, museum, multipurpose auditoriums, hall, devotee facilitation centre, public convenience among others have also been constructed. (ANI)