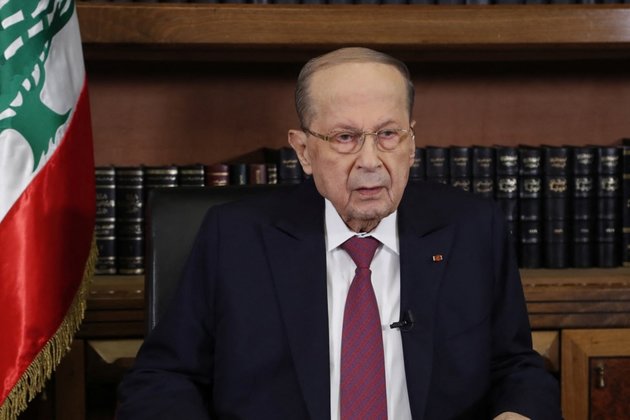 AMMAN, JORDAN - Political opponents of Lebanese President Michel Aoun are resisting his call for a national dialogue conference on the worsening economic crisis and other issues, sensing he may try to use it for his and Hezbollah's political gain. Meanwhile, the nation's currency has plummeted further, by more than 15% of its value since the start of the year, leading to more misery for ordinary Lebanese.

Michel Aoun, Lebanon's Christian president who provides political cover for the Iran-backed Shiite Hezbollah militia and political powerbroker, says a national defense strategy could be part of the talks.

Lebanon observer Michael Young said calling for a national "defense strategy has particular resonance for Hezbollah." Writing in Dubai's The National newspaper, Young said this is "another term for finding a formula to integrate the party's weapons arsenal into the state."

Many Lebanese have long called for Hezbollah, which is the only militia to have kept its arms from Lebanon's 1975 to 1990 civil war, to decommission its weapons.

But Aoun's opponents suspect he may be hedging for talks as a means to corner Hezbollah into bolstering his son-in-law Gebran Bassil's chances to succeed him in the presidency when his term ends later this year. So far, former Sunni Muslim prime minister Rafik Hariri, Druze leader Walid Jumblatt, and Aoun's Christian rival Samir Geagea have rejected his invitation for talks.

Habib Malik of the Lebanese American University told VOA he sees Aoun and Bassil jockeying for influence ahead of elections for parliament in May and those for the presidency later in the year.

"It is political theater. Much of it is contrived and calculated with very clear aims in mind. Bassil is sinking fast in terms of any popularity among the Christians and for him to even remotely hope to succeed in the upcoming May elections, let alone be Hezbollah's candidate for the presidency next November, he's going to really have to put on a Houdini-like contortion. What we are seeing right now is a calculated move to try and polish his image before any remaining gullible Christians," he said.

Many Lebanese are also frustrated by the failure of country's cabinet to meet for three months, hamstrung by Hezbollah and its Shiite ally, the Amal political party, over a dispute they have with the investigating judge on the deadly 2020 Beirut port explosion. Such a meeting is necessary to revive talks with the International Monetary Fund in the hopes of a financial bailout to help Lebanon's tanking economy. 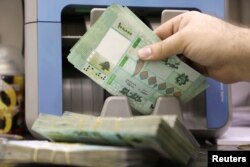 On Tuesday, the national currency dramatically fell to a new low of more than 33,000 pounds to the dollar compared to 27,400 at the end of 2021, according to the Reuters news agency. Just two years ago, however, the Lebanese pound traded 1,500 to the dollar.

Lebanese unions and the transport sector are calling Thursday for a "day of rage" - or protest - and workers' strikes.