Novi Sad Becomes European Capital Of Culture For One Year 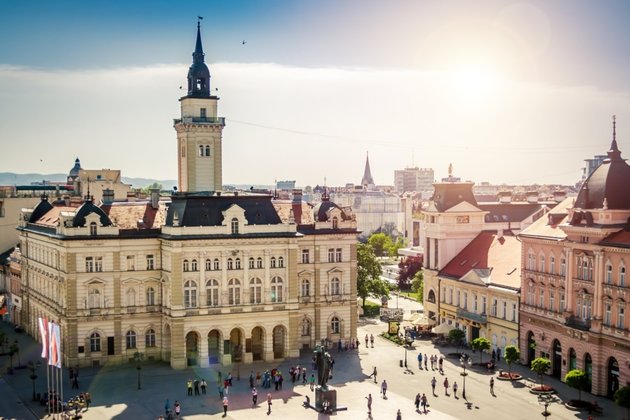 The northeastern Serbian city of Novi Sad officially became European Capital of Culture on January 13 after a yearlong delay caused by the coronavirus pandemic.

The European Capital of Culture designation was created by the European Commission to highlight the richness and diversity of cultures in Europe.

Novi Sad's program during 2022 will follow the concept originally sketched out for 2021, which consists of four areas under the theme 'For New Bridges.'

The program is designed to help the city develop its strategy for the sustainable development of its cultural sector with a focus on strengthening cultural institutions and participation, and renewing cultural heritage.

Novi Sad citizens and visitors will be offered various cultural programs throughout the year, both from the popular and the alternative cultural scene. According to the organizers, Novi Sad will host more than 4,000 artists during the year.

The European Capital of Culture was established in 1985 to emphasize the richness and diversity of European cultures, strengthen cultural ties between Europeans, bring together people from different European countries, promote mutual understanding, and strengthen a sense of European unity.

Since the designation was launched by a resolution of EU ministers of culture, more than 40 European cities have won the title.

Novi Sad holds the title of European Capital of Culture in 2022 with two other cities: Kaunas in Lithuania and Esha in Luxembourg.

Many cities use the designation to enable wider access to culture, improve their image, develop tourism, and strengthen cultural and creative industries.

Based on reporting by RFE/RL's Balkan Service