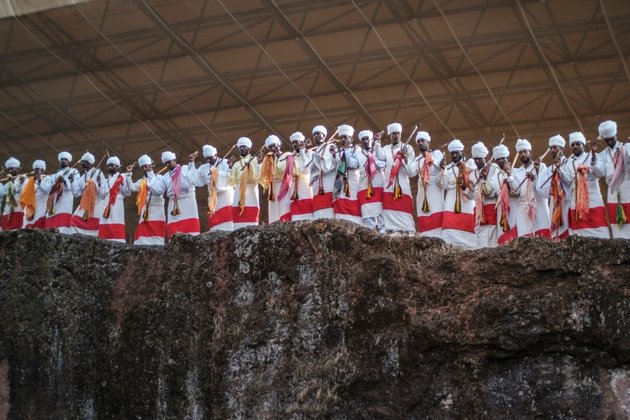 LALIBELA, ETHIOPIA - The rock-hewn churches of Lalibela, cut and hollowed out by hand into monolithic structures, have stood for almost 900 years, it is thought. Last year, however, the U.N. expressed "serious concern" for their future as Lalibela became a battleground in Ethiopia's civil war.

During the conflict, the town changed hands at least five times, among forces from the Tigray region and the federal government and allied militias.

Beyene Abate is the chief receptionist at Lalibela's Top 12 Hotel. He says the hotel was ransacked and used as a field hospital by forces from the Tigray People's Liberation Front during the occupation. They were able to reopen only two weeks ago, after the cleanup.

"The main problem is hydroelectric power, water supply. Even the road was not yet finished,' Abate said. 'The contract was with the Chinese people. They take all the machines, the TPLF soldiers. Because of that, many tourists are not coming here. Just a few tourists came by airplane." 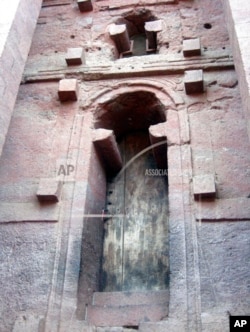 This April 2010 photo shows a door to one of the churches at Lalibela, Ethiopia. Lalibela has a winding complex of 11 churches cut out of the rust-red granite tucked into a windswept moonscape.

It could have been worse. The hotel next door was hit by an Ethiopian government drone strike after TPLF forces occupied it, residents say.

Inside that hotel, the windows have been blown out, shattered glass covers the floor, along with other debris.

The town's economy relies on Ethiopians' pilgrimages and the international tourism that has sprung up around the churches. The combined effects of COVID-19 and the conflict mean visitor numbers have plummeted in the last two years. The town is struggling to recover. There is no electricity and access to water was severely affected.

Dinku Fente, who sells souvenirs to tourists outside one of Lalibela's churches, says earning a living under the TPLF was tough.

Fente said the war totally froze his business, explaining that, during the conflict, no one even dared to try to sell souvenirs and religious books at the market because they were too scared. 'The TPLF soldiers would steal any money you made anyway, so we chose to just stay away," he added.

Local tour guide Ayalew Abey said his business shut down during the conflict too. Now, he is finding it nearly impossible to recover.

Abey said, 'Before this case happened, almost every two, three days there was the chance to work as a tour guide. But, for the last three years, nothing at all. All the things are blocked or closed. No one is working properly here.

Lazare Eloundou Assomo, an official with the U.N. Educational, Scientific and Cultural Organization (UNESCO), said the agency plans to support the city of Lalibela.

According to Assomo, a UNESCO delegation is due to visit Lalibela at the end of the month to assess the type of support that is needed.