Mariupol: Life In The Occupied City of Rubble 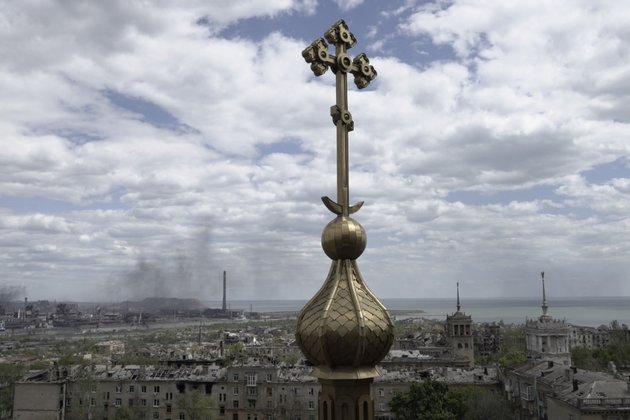 Russian President Vladimir Putin declared on April 21 the 'liberation' of the port city of Mariupol a 'success.' The strategically important port city is now under Russian control. With many residential areas destroyed and an economy in shambles, it is a struggle for survival for its estimated 100,000 war-weary residents, who face an uncertain future. With its survivors forced to queue for water and food, Mariupol no longer resembles a thriving European city.

Writing on his Telegram channel on May 12, an adviser to the mayor of Mariupol, Petro Andryushchenko, cited Russian figures detailing how only 9,610 residents had received food that day. 'I think this is a clear enough answer to the question of whether there is enough food in the city and whether the occupiers feed the people,' he said.

If Russia keeps control of Mariupol, it would provide it with a land corridor between Crimea and the Moscow-backed separatists in eastern Ukraine's Donbas region.