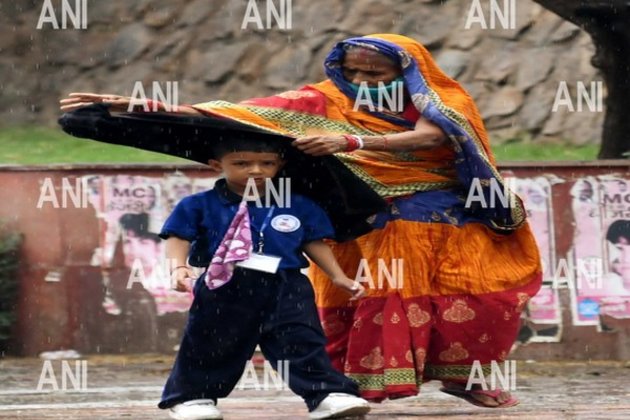 Chennai (Tamil Nadu) [India], June 22 (ANI): More rains have been predicted for Chennai as well as other parts of Tamil Nadu, as the southwest monsoon has settled over the state.

The Chennai Regional Meteorological Department has predicted thunderstorms with light to moderate rainfall in Tamil Nadu including Chennai on Tuesday.

Regional Meteorological Centre said, "Thunderstorm with light to moderate rain likely to occur at isolated places over Chennai, Thiruvallur, Kanchipuram, Chengalpattu, Ranipet, Nilgiris, Erode, KrishnagiriDharmapuri districts of Tamil Nadu and Puducherry during next 1-3hrs."Heavy rains have been lashing Chennai for the past two days with some areas receiving record-breaking amounts of rainfall.

Tamil Nadu is likely to continue to experience rainfall with thunderstorms at isolated places over the state for the next five days, the Regional Metrological Centre (RMC) of Chennai predicted on Tuesday.

The RMC also warned of a thunderstorm with lightning at isolated places over Tamilnadu, Puducherry and Karaikal area on Tuesday and Wednesday.

It further predicted that light to moderate rain is likely to occur at a few places with an isolated thunderstorm over Tamil Nadu, Puducherry and Karaikal area on Wednesday.

"Light to moderate rain from Thursday to Saturday is likely to occur at isolated places over Tamilnadu, Puducherry and the Karaikal area in Tamil Nadu," it forecasted.

Meanwhile, light to moderate rainfall has been predicted in Hyderabad and other parts of Telangana for the next two days.

"Light to moderate rainfall likely to occur at a few places over Telangana during next subsequent 2-3 days. Hyderabad very likely to have light rains over many parts of city. Thunderstorm very likely over next two days," said K Nagaratna, Head, Meteorological Centre Hyderabad predicted on Tuesday. (ANI)