The amazing duo of European ORGAN and Russian folk BALALAIKA 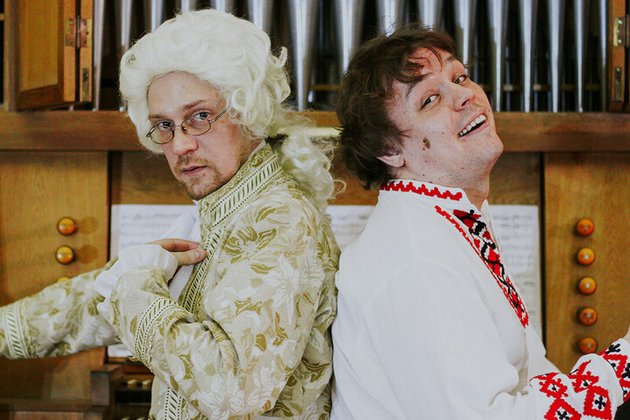 Russians don't usually give concerts in churches. However, these guys do it to promote ancient music in such an intriguing way!

We are at the Petrikirche - the German Lutheran cathedral in the heart of St. Petersburg. It's considered one of the most popular places in the city to enjoy organ music: Johann Sebastian Bach's choral fantasies, Louis Vierne's symphonies, Johannes Brahms' preludes and fugues - in short, real church classics. But, would you expect to hear among this pompous music a merry Russian balalaika, that will make you dance rather than ponder on high matters?

Sergey Sylaevsky, Petrikirche Music Director (or kirchenmusikdirector, as he is called there), who is very seriously engaged in ancient European music, plays his favorite organ - the Virtuoso. Nikolay Kovalevich, one of the most famous Russian folk musicians, plays the balalaika. 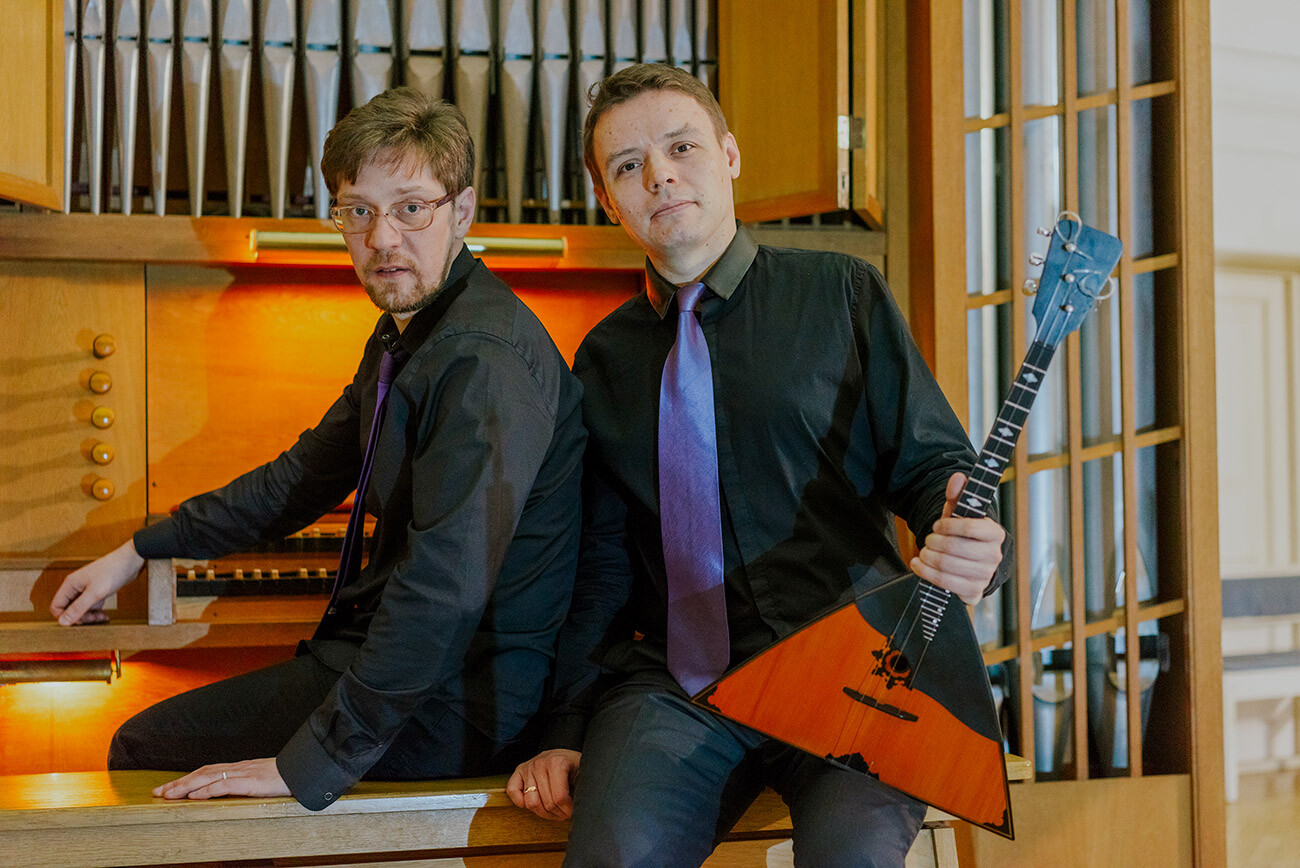 "We met on September 5, 2004, in the student dorms of the St. Petersburg Conservatory at the birthday party of one of our neighbors," says Sergey. "I immediately nicknamed him 'the party man'. He had just enrolled in the Conservatory, while I was already in my second year. But we didn't start playing together until about eight years ago. Nikolay plays the most Russian instrument and I play the most European one." 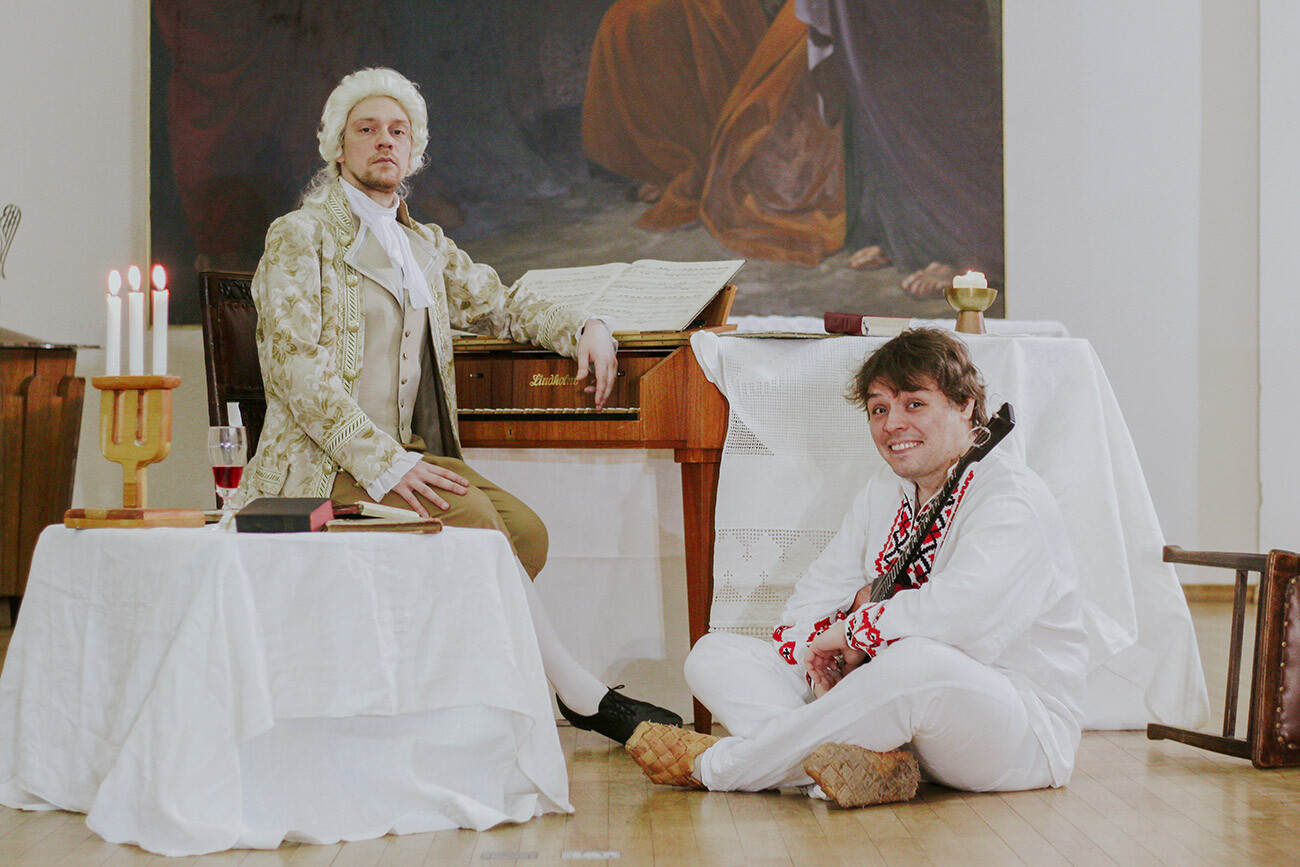 The idea of mixing such mismatched instruments came to them when Sergey was already working on one performance at the Petrikirche, where they were to play Mozart. Mozart, the duo say, wrote sonatas for clavier and violin, which are basically the same music arranged for different instruments. "We took this idea of Mozart and made arrangements of his sonatas for a balalaika," says Sergey.

For the hour-long performance, Sergey dressed in an old-style wig and a surcoat, while Nikolay wore a folk costume. Such a musical oxymoron.

Nowadays, they also arrange Vivaldi, Bach, as well as lesser-known musicians of the Baroque era, who wrote music for the organ and harpsichord, for the balalaika. Sometimes they are joined by their balalaika player or guitarist friends and the result is altogether incredible music.

"Top class", "wonderful variations", "virtuosos" are just some of the reviews the duo usually receive from their listeners. However, among their fans there are also fighters of music "purity". "People sometimes write to me that I don't respect myself as an organist, I'm wasting away on the balalaika," smiles Sergey.

"That's why I jokingly call my balalaika a pyramidal lute," says Nikolay. Why? The playing principles are similar, but it sounds more solid. 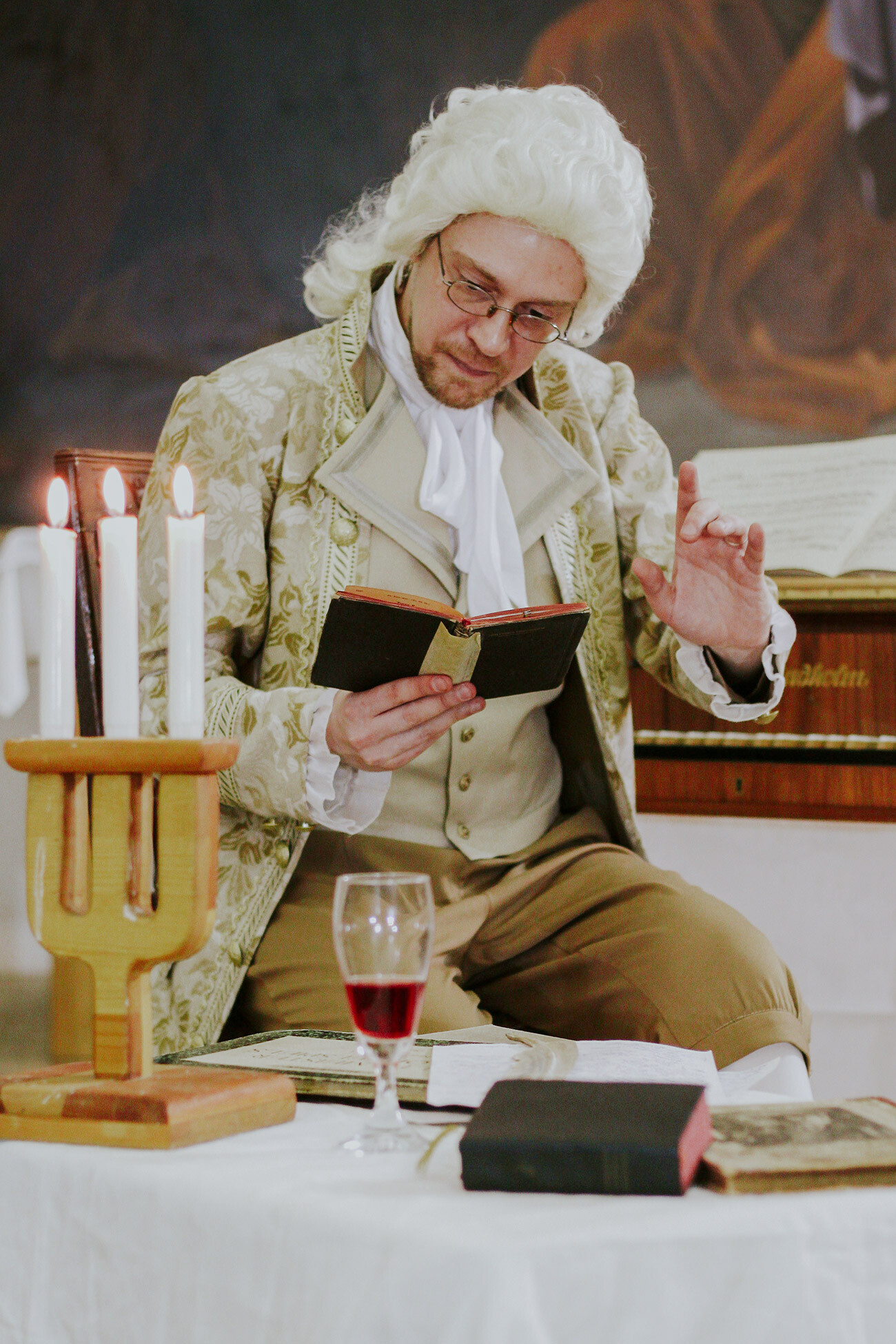 The musicians sometimes call their performances 'Pratica quarta' - "the fourth practice". The explanation is simple: In the 17th century, there were two approaches to performance of music - 'Prima pratica' and 'Stile Antico', which refers to the early Baroque music, as well as 'Seconda pratica' or 'Stile Moderno'. Later came 'Terza pratica' - playing old music on old instruments (or copies of them) that are very different from modern instruments. "And there's the fourth practice - without using historical instruments, keeping the style of the old playing. That's how we define our musical experimentation." 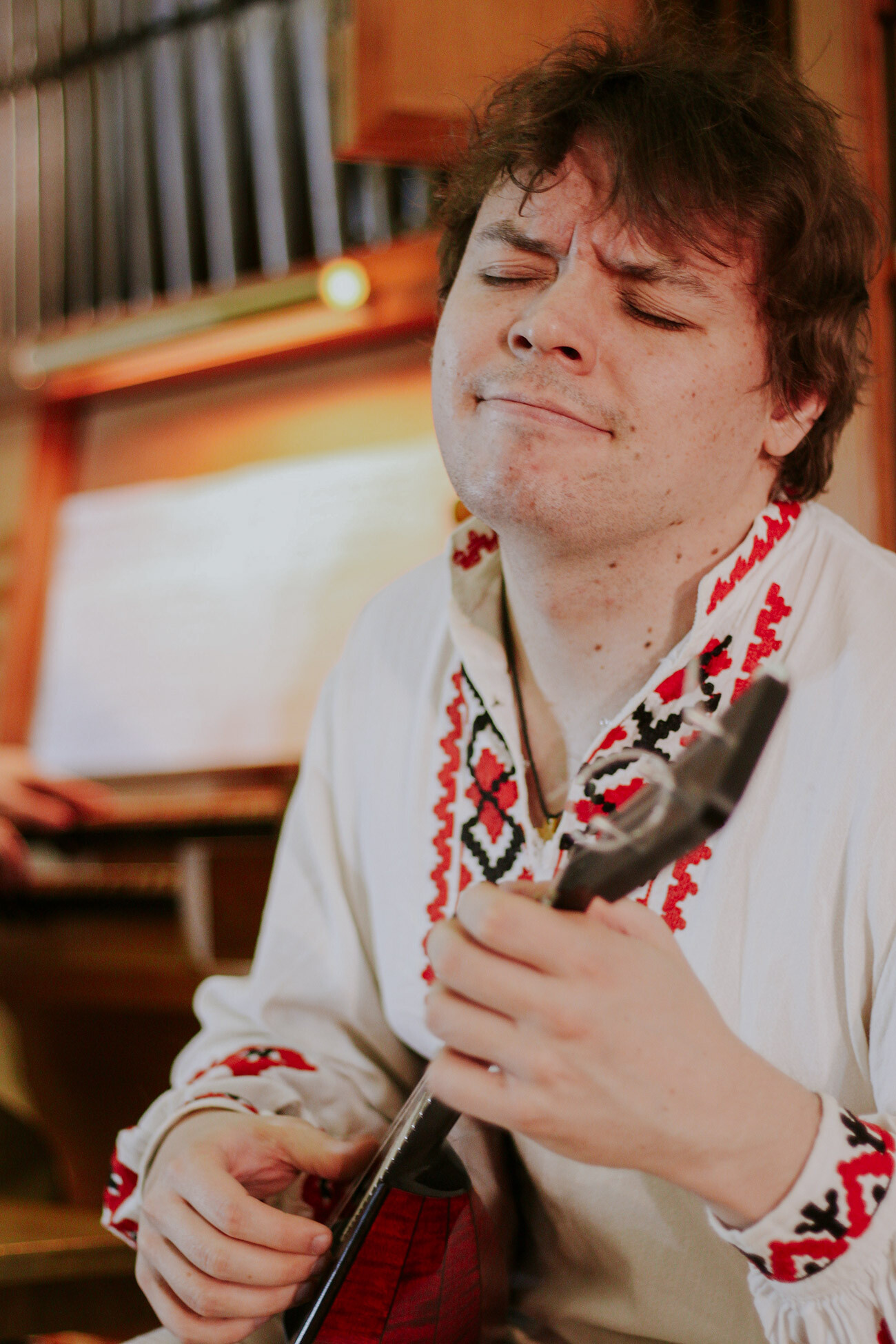 The duo plans to perform not only in churches and concert halls, but also at summer open-air festivals - they promise to use a small electric organ for that.

In addition, Nikolai's balalaika is often a guest at rock concerts in the Estonian Protestant church Jaani Kirik in St. Petersburg (yes, rock concerts are held there, as well!).

WATFORD, UK: Watford F.C. has cancelled a friendly match against the Qatar national team due to the Gulf country's human ...