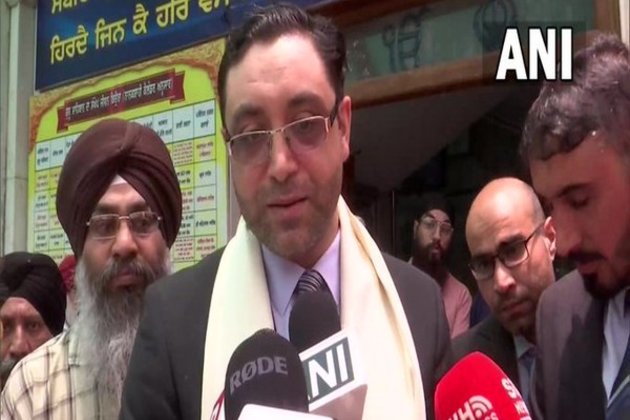 New Delhi [India], June 22 (ANI): Afghanistan ambassador to India Farid Mamundzay on Wednesday appreciated the support extended by India in the wake of the tragic earthquake that has so far claimed more than 1,000 lives.

India has expressed condolences to all those impacted by the earthquake amid Afghanistan's struggle to cope with a severe economic crisis since the Taliban took over last year.

"Appreciate the solidarity and support of India at this difficult time. Humanitarian situation in Afghanistan was already going from worse to worst - and with the occurrence of natural disasters like the recent earthquake make life unbearable for many Afghans," Mamundzay tweeted.

"Immediate international help is required to deal with both the humanitarian crisis and the damages caused by the natural disaster. The casualty figure is likely to go up as search operations continue in various parts of Paktika, Khost and Nangarhar," he said in a subsequent tweet.

India on Wednesday expressed condolences to the victims and their families, affected by the tragic earthquake.

A severe earthquake struck in the early hours of this morning near the city of Khost in the southeastern part of the country. The most affected areas are in Spera District in Khost Province, and Barmala, Ziruk, Naka and Gayan districts in Paktika Province.

Media reports said more than 1,000 people were killed in Afghanistan after a powerful earthquake hit the country on Wednesday.

India said it remains committed to providing assistance and support in this hour of need.

"India expresses sympathy and condolences to the victims and their families, and to all those impacted by the tragic earthquake in Afghanistan. We share the grief of the people of Afghanistan and remain committed to providing assistance and support in this hour of need," said External Affairs Ministry Spokesperson Arindam Bagchi.

The United States Geological Survey (USGS) said the epicentre was 44 kilometres from Khost city, and it measured 6.1 on the Richter scale.

A UN agency said Afghanistan had asked humanitarian agencies to help with rescue efforts, and teams were being dispatched to the quake-hit area.

"The UN and humanitarian country team in Afghanistan expresses deep sympathy to all people affected by this disaster. We will be issuing a flash update later today with further details on the situation and response," the UN's Office for the Coordination of Humanitarian Affairs (UNOCHA) said in a tweet. (ANI)