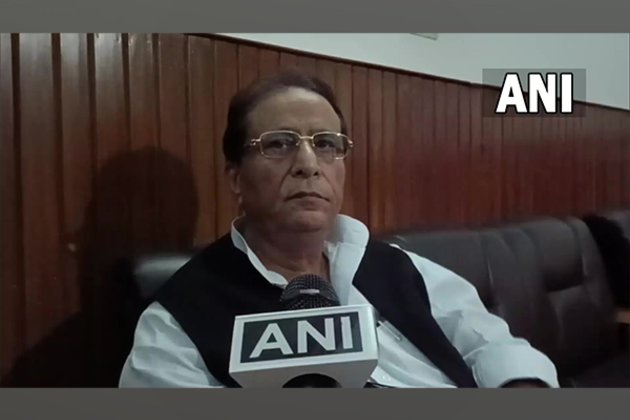 According to Khan, the UP police "indecently" behaved with the SP Lok Sabha candidate on the night of the Lok Sabha bypolls.

"I have been up all night. Our Lok Sabha candidates went to Ganj PS, Kotwali PS, Civil Lines PS (in Rampur). The most indecent behaviour was by the inspector of Ganj PS, he even did violence... blame's on admin if polling percentage drops," said SP leader Azam Khan.

"If polling percentage (for LS by-polls) drops, the blame is also on government. They wreaked havoc overnight. Jeeps and sirens were everywhere in the city (Rampur); they took people to the PS and beat them up and I've heard of some money transfers as well. It's shameful," added Khan.

"I'm a criminal, I accept... so my city has also been presumed to be the same. They can do whatever they want, we have to endure. If I want to stay, I have to endure", the SP leader Azam Khan added after claiming police violence on the night of Lok Sabha by-polls.

There are several criminal cases allegedly lodged against Khan.

Voting for bye-elections to the Azamgarh and Rampur Lok Sabha constituency is underway in Uttar Pradesh.

The bye-elections to the Azamgarh seat were necessitated due to the resignation of Samajwadi Party chief Akhilesh Yadav, who was elected to the Uttar Pradesh Legislative Assembly as an MLA in the elections earlier this year.

Seats fell vacant in Azamgarh and Rampur after Samajwadi Party (SP) leaders Akhilesh Yadav and Azam Khan resigned as MPs from the seats after winning in the 2022 Assembly elections.

Akhilesh was elected as an MLA from the Karhal assembly seat while Azam Khan was elected from the Rampur Sadar constituency.

In the 2019 Lok Sabha elections, Samajwadi Party had contested the polls in alliance with the BSP and Azam had won from Rampur.

From Rampur, the BJP has fielded Ghanshyam Singh Lodhi, who recently joined the party, while the SP has fielded Asim Raja, handpicked by Khan.

Mayawati-led BSP is not contesting from Rampur.