Fire breaks out in Delhi's Rohini 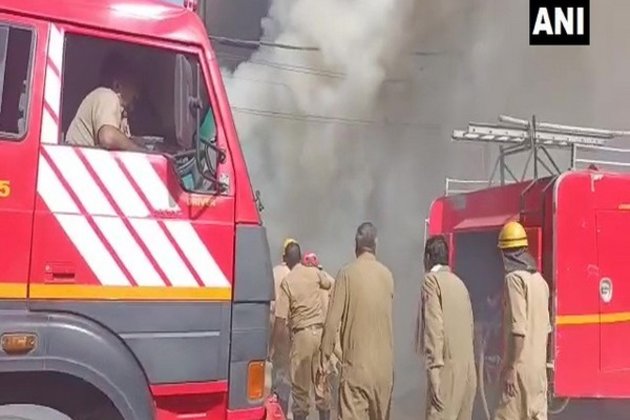 New Delhi [India], June 23 (ANI): A fire broke out in a building in Rohini's Budh Vihar police station area of the national capital on Thursday.

According to Delhi Fire Service, eight fire tenders are present at the spot.

Meanwhile, on June 11 in a fire that broke out at the Intensive Care Unit (ICU) ward of Brahm Shakti Hospital in Rohini one patient died in the blaze.

Two weeks ago, a massive fire broke out in Gaffar Market of Karol Bagh area in the city on June 12. Prior to that, a fire had broken out at a carpet and crockery factory's godown in Delhi's Hamidpur area on June 9 evening. On the same day, a fire had broken out near Shah Masjid, Batla House in the Jamia Nagar area.

In the same week on June 8, as many as four fire incidents were reported.

In the second incident on June 8, at least 10 cars were gutted in a massive fire that broke out at an electric motor parking in Delhi's Jamia Nagar. According to Delhi Fire Service, seven fire tenders were deployed and the fire was brought under control. There were no casualties reported.

The third fire incident took place in the electric meter panel in the basement of a building in Delhi's Lajpat Nagar area, informed officials Wednesday. As per the fire department, 10 fire tenders were at the spot.

"There was a fire in the mini basement of the ground plus 3-storey building in Lajpat Nagar area, the mini basement was specially made for electric panels only. We rescued about 80 people," said Assistant Divisional Officer (ADO), Rajesh Kumar. (ANI)