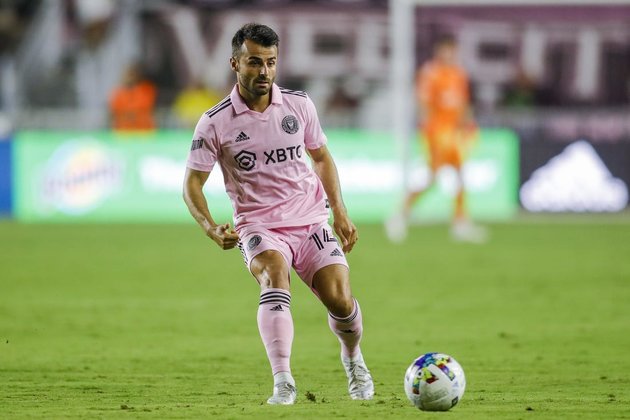 Two clubs entering August on the outside looking in at playoff spots in their respective conferences face off Wednesday night when the San Jose Earthquakes host Inter Miami.

Inter Miami (7-10-5, 26 points) sits in 11th place in the Eastern Conference but is just three points back of seventh, the final postseason position. San Jose (5-9-8, 23 points), in 13th in the Western Conference, must make up an eight-point deficit to seventh place.

Miami hasn't played a match west of Dallas since April 16, when it won 1-0 at Seattle. But this week has the team flying all the way to the Bay Area before heading back East for a road game against CF Montreal just three days later.

Inter Miami have scored seven goals across their past three contests and are coming off a 4-4 draw against FC Cincinnati. Gonzalo Higuain was named Player of the Week for his three-goal performance.

"The one thing I'll say over the last three or four games is that we've been scoring goals," Miami coach Phil Neville said. "We've got a goal-scorer that's probably the most in-form goal-scorer in the league now that looks like he's going to score with every chance that he gets."

The Earthquakes went 2-2-2 in July and are facing Miami for the first time in franchise history.

Jeremy Ebobisse's 12 goals lead San Jose this season. The Earthquakes let a win slip away on Saturday when they conceded a late stoppage-time goal to Real Salt Lake in a 2-2 home draw.

"Those are three points that would've helped us," San Jose coach Alex Covelo said. "We have to recover and recover mentally. Soccer provides you with opportunities. We have to stand up and fight again with the mentality to win the game because we have done it before, and we can do it."