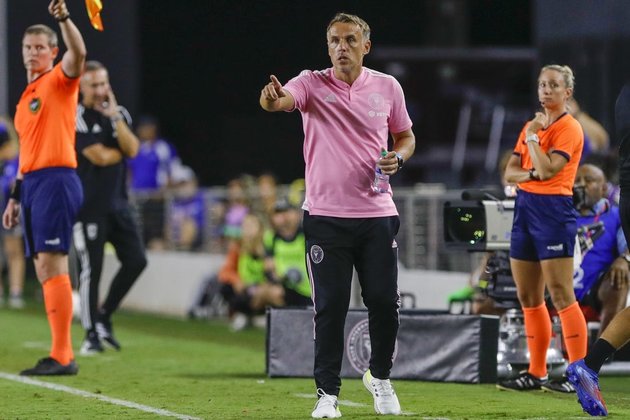 Gonzalo Higuain's stoppage-time tally lifted Inter Miami into a playoff position with a 3-2 win against host D.C. United on Sunday.

Higuain connected in the fourth minute of second-half stoppage time, taking a cross in the box from Deandre Yedlin.

The victory moved Miami (12-13-6, 42 points) into the seventh and final playoff spot in the Eastern Conference.

United (7-19-6, 27 points) lost their second straight and is winless in their past four matches.

It was a slow start for both sides, with D.C. managing just two shot attempts through the first 11 minutes while Miami was stuck at zero.

United began to pick it up in the 14th minute, spending time on the attack before sending an attempt just wide left of the net.

Christian Benteke notched his first MLS goal to give D.C. a 1-0 lead in the 14th minute. Taxi Fountas, at the top of the box, put the ball back outside for Chris Durkin, who sent a feed to Benteke at the top of the goal area on the far side for the strike.

Fountas and Benteke nearly connected to double the lead two minutes later, but Benteke's attempted rolled past the right post. Fountas, in his first game since Aug. 28, came within inches of netting one himself in the 25th minute with a quick strike from the box, but was denied by a diving Drake Callender, who got his fingertips on the ball to direct it away.

Leonardo Campana salvaged a tough first half for Miami in the 39th minute. United goalkeeper David Ochoa got his hands on a corner, but the ball landed amid a scramble in the area and Campana got his foot on it to tie it 1-1.

Campana put the visitors ahead 2-1 in the 53rd minute. The striker headed a pass toward Alejandro Pozuelo, but the midfielder couldn't get a shot off and Campana quickly got on the loose ball to send it off the near post and in.

Fountas tied it 2-2 in the 58th minute off a free kick. Miami's clearing header went straight to Fountas outside the box for his first tally since July 31.