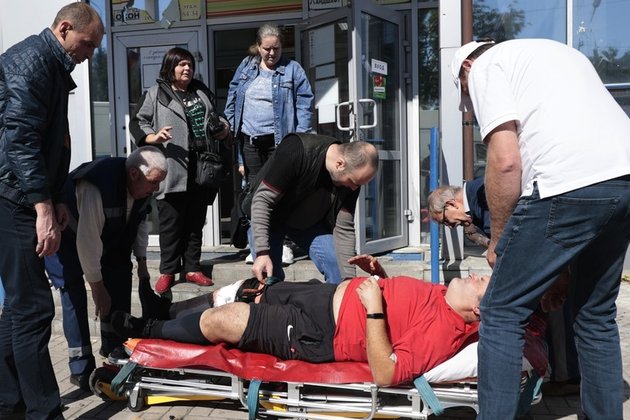 At least 13 civilians have lost their lives in a Ukrainian artillery strike on the city of Donetsk, local authorities have said.

Donetsk city administration chief Alexey Kulemzin took to Telegram on Monday, writing: "according to preliminary information, 13 civilians are dead as a result of a punitive strike on Baku Commissars square."

The official added that the exact number of those injured in the attack is not yet known.

Speaking to Russia's Rossiya 24 news channel later in the day, Kulemzin said: "two children are among the dead," adding that it's not the first case of minors being killed by Ukrainian strikes in that district.

The territorial defense of the Donetsk People's Republic, in turn, posted a message on their own Telegram channel, alleging that the Ukrainian military used Western-supplied 155mm howitzers to shell residential areas of Donetsk.

The authorities said infrastructure and apartment blocks came under fire in one of the city's districts. Local residents have been advised to stay indoors or move "to shelters if necessary."

According to the Donetsk Territorial Defense, six more people were killed in shelling on Sunday through Monday morning.