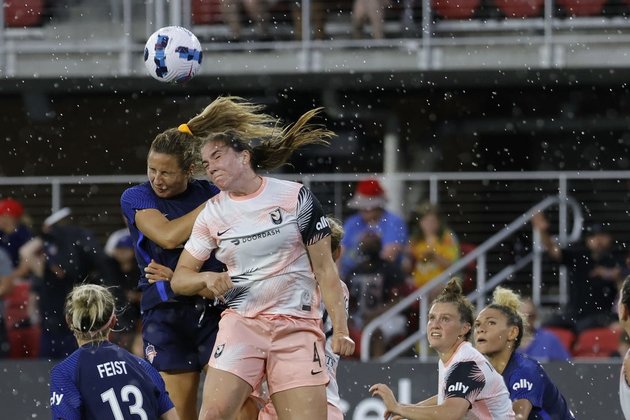 ACFC will retain the 26-year-old Canadian's rights and have extended her contract through December 2023.

"Being a part of Angel City this year has been an incredible experience, both on-and-off the pitch. The fans, my teammates, and the entire Angel City family have made representing this crest mean so much," Gilles said in a news release.

"Leaving before the end of the season was a very difficult decision to make both because we are in a run for playoffs, and because I have been injured and unable to contribute as much as I would have liked. It is very bittersweet. However, having the opportunity to go on loan to Lyon and compete in the Champions League among some of the best in the world has always been a dream of mine, and is one that I couldn't pass up."

Gilles scored the first goal of ACFC's inaugural NWSL season on April 29. She also has one assist in seven matches.

"We've been fortunate in our first year to attract world class talent and players like Vanessa," ACFC general manager Angela Hucles Mangano said. "While her presence will be greatly missed, we feel that by extending her contract through December 2023 and retaining her rights, we are supporting her as a player in what we know is a dream opportunity for her. Angel City is a player-focused club with a holistic professional development approach. We are happy that this arrangement achieves all of this for the clubs and Vanessa."