'Remove him as governor'; Patole hits out at Koshiyari over Shivaji remark 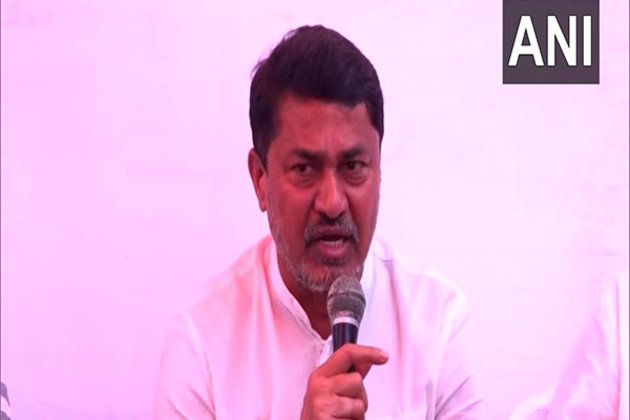 Speaking exclusively to ANI on Sunday, Congress state president Nana Patole said the Maharashtra governor is known to not only speak disrespectfully of the Maratha warrior, an emotive figure for people of the state and a symbol of Marathi pride, but also of social reformer Savitribhai Phule.

"The governor spoke of Shivaji Maharaj and (Union minister) Nitin Gadkari in the same breath. He is known to speak shamefully about Savitribai Phule and Shivaji Maharaj," Patole told ANI.

Coming down heavily on Koshiyari over his statement on Saturday that the people of Maharashtra should move on from 'old icons' such as Shivaji Maaraj to contemporary ones such as Balasaheb Thackeray and Nitin Gadkari, Patole urged President Droupadi Murmu to remove him from the governor's post.

"We request the President to act against this governor and remove him as governor," the Congress leader told ANI.

Addressing a function at Dr Babasaheb Ambedkar Marathwada University in Aurangabad on Saturday, the Maharashtra governor said, "If someone asks who your idol is, you don't have to go out looking for one. You will find them right here in Maharashtra. Chhatrapati Shivaji Maharaj has become an old idol now, you can find new ones -- from Babasaheb Ambedkar to (Union Minister of Road Transport and Highways) Nitin Gadkari."The statement sparked a massive furore and drew censure from Maratha organisations and Opposition leaders alike.

"BJP national spokeperson Sudhanshu Trivedi also disrespected Shivaji Maharaj. He said Maharaj had written to (Mugla emperor) Aurangzeb. The BJP should apologise to the people of Maharashtra. If they don't, we will not let them walk on the roads here," Patole told ANI.

"Prime Minister Narendra Modi and other BJP leaders come here seeking votes in the name of Chhatrapati Shivaji Maharaj. Nw, their own leaders are disrespecting our Maharaj," the Congress state president added.

Another senior Congress leader and the deputy Leader of the Opposition in the Maharashtra Assembly, Balasaheb Thorat, told ANI, "The BJP never stops disrespecting our idols. We can't accept this (Koshiyari's remark) and want strict action taeken against him."Meanwhile, speaking on the controversy earlier, Congress general secretary Jairam Ramesh told mediapersons, "BJP has showed its character to all. Not done targeting Rahul Gandhi over his statement on Veer Savarkar, they are now targeting Chhatrapati Shivaji Maharaj. It is shameful," he added.

Speaking on the sidelines of his 'Bharat Jodo Yatra', Rahul, reading out an excerpt from a letter purportedly written by Savarkar to the British East Inda government, claimed that the safron ideologue sought pardon from the Empire, betraying leaders like Mahatma Gandhi, Jawaharlal Nehru and Sardar Vallabhbhai Patel. (ANI)