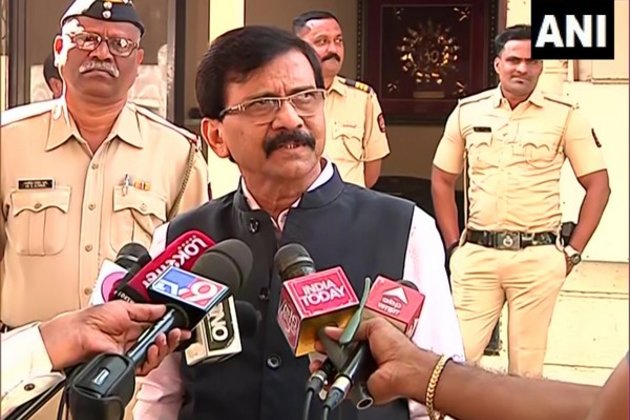 Terming it an act of "humanity", Sanjay Raut said, "Rahul Gandhi called and checked on me yesterday despite his busy schedule amid Bharat Jodo Yatra. He said we were concerned about your well-being and said take care, we will work together again."Sanjay Raut appreciated Congress leader Rahul Gandhi's act and said that such gestures are rare in times of political bitterness.

"I appreciate his empathy of feeling the pain of a political colleague who has spent 110 days in jail. In d times of political bitterness, such gestures are becoming rare. Rahulji is focusing on love and compassion in his yatra and is getting massive support," he tweeted.

Sanjay Raut said that Rahul Gandhi is one such person who stays connected as friends.

"Rahul Gandhi is one such person who stays connected as friends against ideological and political differences. I have friends in BJP as well but they were happy when I was in jail, this is politics of the Mughal era," he said.

Earlier on Thursday, while addressing a press conference in Maharashtra on the sidelines of his ongoing 'Bhaat Jodo Yatra', Rahul Gandhi, reading from a letter purportedly written by Savarkar to the British, claimed the saffron ideologue betrayed leaders such as Mahatma Gandhi, Jawaharlal Nehru and Sardar Vallabh Bhai Patel by signing on a letter of apology to the British before independence.

"Veer Savarkar wrote to the British saying, 'Sir, I beg to remain your most obedient servant', and signed on it. Savarkar helped the British. He betrayed leaders like Mahatma Gandhi, Jawaharlal Nehru and Sardar Patel by signing this letter out of fear," he had said.

Rahul's remarks on Thursday drew a huge backlash, with a complaint being registered against Rahul at Thane Nagar police station.

"Giving such a statement can cause strife in MVA. We believe in Veer Savarkar and we want to ask the fake Hinduvaadi that we are demanding Bharat Ratna for Veer Savarkar for 10 years. Even though BJP is in power, why are they not fulfilling our demands?" Sanjay Raut had asked.

The remark had drawn outrage from the Bharatiya Janata Party (BJP), with the party's national spokesperson Sambit Patra claiming that the statement was consistent with the Congress' habit of insulting national icons such as Subhas Chandra Bose and Sardar Patel. (ANI)