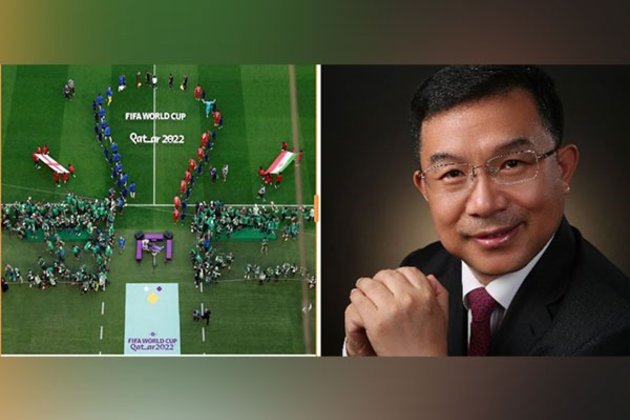 "The Lusail Stadium is an iconic project in the Chinese contribution to the World Cup. From infrastructure to telecommunications, from 1,500 new-energy buses to solar power plants, from match supplies to souvenirs and fan items, made-in-China can be found everywhere in Qatar," CGTN quoted Zhao Jian as saying.

Notably, Lusail Stadium, which has the capacity to accommodate 80,000 people was jointly built by Qatar and the China Railway Construction Corporation. Lusail Stadium will host the FIFA World Cup final due to take place on December 18. It has also featured on the new 10-riyal banknote of Qatar.

Built by a Chinese company, the Al Kharsaah 800-megawatt (MW) solar power plant is located in the desert area about 80 kilometres west of Doha. As per the CGTN report, the solar power plant has increased the share of renewable energy in Qatar's energy consumption.

Furthermore, Chinese-made buses are being used for shuttling services for people during the FIFA World Cup. As per the news report, Qatar has imported around 1,500 buses from China, which include 888 electric buses. Chinese-made World Cup souvenirs are being sold in Qatar.