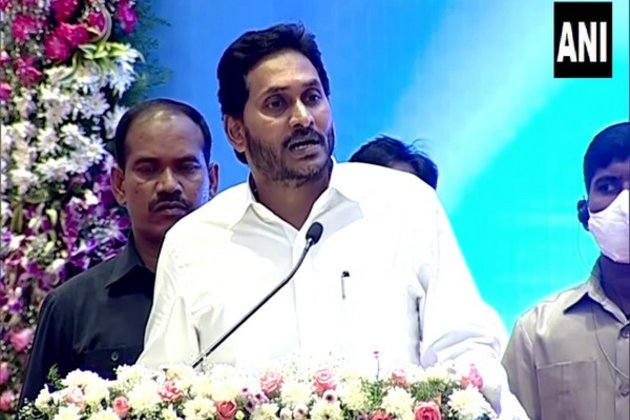 In a bid to significantly boost the Aquaculture sector, CM Reddy laid the foundation stone of India's third Aqua varsity at Narsapuram, in the West Godavari District, on the occasion of World Fisheries Day.

Notably, the state government enacted legislation in December 2020 for setting up the AP Fisheries University, which is to become a reality after the laying of the foundation soon. The work of the university is taken up at an estimated cost of Rs 332 Cr.

The university is being made with the objective to impart education in different branches of fisheries science that include research, technology refinement in production, and post-harvest technologies (processing and marketing), this university shall streamline fisheries education, leading to a comprehensive development of the aqua sector.

Speaking at the public rally in Narsapuram, the Andhra Pradesh Chief Minister YS Jagan Mohan Reddy said, "Andhra Pradesh is at number 1 position in the country, in terms of marine exports. If skills and knowledge related to aquaculture are being imparted to our people, it will eventually help in booming the aqua sector in the future. This will be India's third fisheries university to be established in our state. The tender process has already been completed, and we are set to begin the construction work today. This university will serve to meet the shortage of manpower in the Aqua sector and ensure sustainable development of aquaculture".

CM Jagan also laid the foundation stone for the fishing harbour at Biyyaputippa, which will be set up at an estimated cost of Rs 429.43 crore on 150 acres. The harbour will facilitate movement and mooring for vessels capable of deep-water fishing. The harbour located 14 km from Narasapuram will benefit 6,000 fishermen from Narasapuram and Mogalaturu. To this, the CM also added that "the government has fast-tracked a total of 9 fishing harbours in the state".

"Further, to provide safe drinking water, the government has sanctioned Rs 1,400 crore for a protected water supply project to permanently address the acute drinking water crisis caused by aquaculture in the combined West Godavari district and saltwater concentration in the coastal area", announced the CM.

Meanwhile, CM Jagan Mohan-led government provided all rights of land ownership and revenue records to the 1,623 farmers of Darbarevu village, a sub-village of Vemulavi in Narasapuram Mandal.

Notably, In 1921, the erstwhile British government leased 1,754 acres of land to the Narasapuram Agriculture Company Limited in Darbarevu village for 99 years. Since that day, 1,623 farmers acquired the land and were doing agriculture. But the farmers had no land ownership rights and no revenue record rights.

After handing over the rights of land ownership and revenue records, CM said, "this allows the farmers and their descendants to enjoy the land without objection".

Apart from these major announcements, CM Jagan also initiated the inauguration of the new building of Narasapuram regional hospital and of the public health department, the Narasapuram underground drainage scheme.