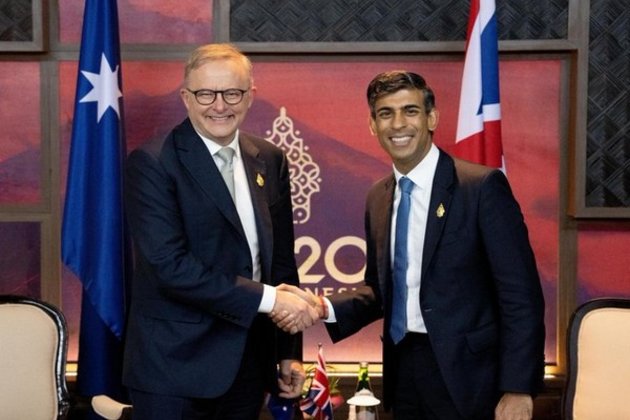 "BREAKING: Our Free Trade Agreement with the United Kingdom has passed through parliament," Anthony Albanese announced in a tweet.

The deal, which was earlier agreed upon by the UK Prime Minister in June was finally signed today in a virtual format by the UK International Trade Secretary, the official website of the UK government said.

This trade deal, a first 'from scratch' since UK's exit from European Union (EU), will benefit the UK by eliminating most tariffs on UK exports and unlock 10.4 billion pounds of additional trade.

As per the official website of the UK government, the final trade deal was signed in a virtual ceremony by International Trade Secretary Anne-Marie Trevelyan on Friday morning and will now be laid in the UK Parliament for a period of scrutiny.

Notably, the free trade agreement deal between Australia and the UK will generate new opportunities for businesses for both countries.

"BREAKING: Our Free Trade Agreement with India has passed through parliament," Albanese tweeted.

This comes a few days after Albanese said that he will visit India in March next year. He announced this on the sidelines of the 17th edition of the G20 summit.

"I also met with Prime Minister Modi of India, where we discussed the finalization of the closer economic cooperation agreement between Australia and India, which we regard as being very important for expanding the economic relationship between Australia and India. I will visit India in March," said Albanese while addressing the presser on Wednesday.

"We'll take a business delegation to India. And that will be an important visit and an upgrade in the relationship that we have between our two nations," he added.

Regarding the trade agreement with India, Australian Trade Minister Don Farrell during the previous week said that the deal is an enormous opportunity for Australian services companies and professionals accessing the Indian market.

"The quality of this Agreement, in terms of market access and opportunity for Australian businesses, demonstrates India's commitment to our bilateral economic partnership," Farrell said.

The Australia-India Economic Cooperation and Trade Agreement (ECTA) was signed on April 2. (ANI)