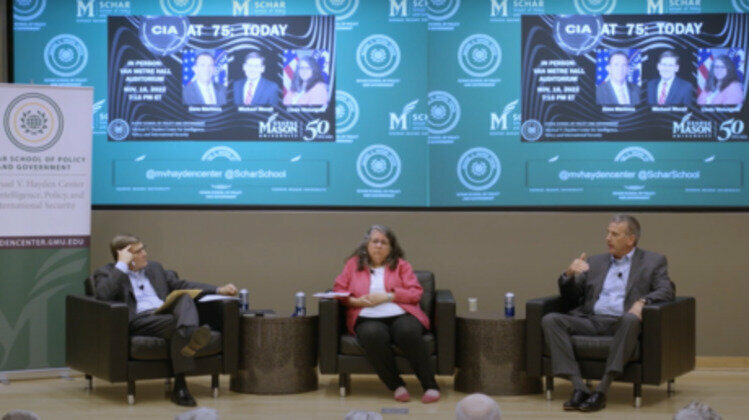 The CIA is interested in recruiting Russians "disgusted" with the conflict in Ukraine, according to a report in the Wall Street Journal on Tuesday. The claim was made by deputy director of operations David Marlowe during a recent meeting at a Washington-area think-tank.

"We're looking around the world for Russians who are as disgusted with that as we are," Marlowe reportedly said, referring to the current events in Ukraine. "Because we're open for business."

Marlowe spoke "before a select audience of university faculty and staff" at George Mason University's Hayden Center in Arlington, Virginia. The "CIA at 75" event was his first public appearance since he took office in June 2021, according to the WSJ. Though the event was held last week, the Hayden Center made the video of it public on Monday.

CIA Deputy Director for Analysis Linda Weissgold, described as responsible for producing finished intelligence reports for President Joe Biden and the rest of the US leadership, was also on the panel, along with the agency's one-time acting director Michael Morrell.

Appointed by current CIA Director William Burns, Marlowe is an Arabic speaker whose expertise is in the Near and Middle East. According to him, Russian President Vladimir Putin "squandered" all of his power and influence by "invading" Ukraine in February. He described the conflict as a massive failure for Moscow and said it presented opportunities for Western intelligence agencies to recruit disaffected Russians.

The announcement follows several instances during which Western intelligence agencies have tried to approach Russian personnel serving abroad, according to Moscow.

Last month, Moscow summoned the Dutch ambassador over reports that a British spy had tried to recruit a Russian military attache in The Hague. Earlier this year, the Kremlin denounced US attempts to suborn Russian diplomats as "very impudent behavior" and "unacceptable."

The Hayden Center was set up in 2017 by the retired US Air Force General Michael V. Hayden, several months after he became a CNN contributor. Hayden ran the National Security Agency (NSA) between 1999-2005 and the CIA from 2006-2009, through such controversies as waterboarding torture of terrorism suspects and warrantless mass surveillance of Americans.