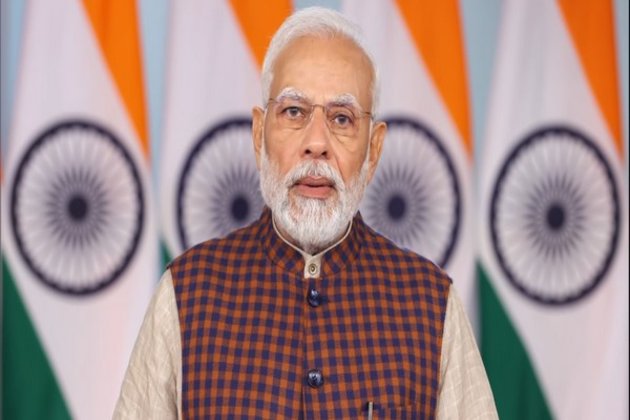 New Delhi [India], November 24 (ANI): Prime Minister Narendra Modi will address the closing ceremony of the year-long celebrations of the 400th birth anniversary of Lachit Barphukan on Friday at 11 AM in Vigyan Bhawan, New Delhi, as per an official statement. It has been the constant endeavour of the Prime Minister to honour the heroes from India's history whose contributions haven't received due recognition.

According to an official statement, there are numerous examples in the recent past when the Prime Minister has ensured that such unsung heroes are given due importance, respect and promotion, for the benefit of youngsters and society at large. In November 2022, PM Modi attended a public programme 'Mangarh Dham ki Gaurav Gatha' and paid homage to Bhil freedom fighter Govind Guru, said an official statement.

In February 2021, PM laid the foundation stone of the Maharaja Suheldev Memorial in Bahraich, Uttar Pradesh.

In February 2019, PM laid the foundation stone of 'Battles of Panipat Museum', Panipat to honour the heroes of the various battles of Panipat. Apart from these formal programmes, PM Modi ensures that he remembers and mentions several such unsung heroes and recalls their contributions from time to time in his meetings, interactions, public speeches, tweets and even informal discussions.

PM has on several occasions recalled the contribution of Rani Kittur Channamma to the freedom movement, including at the inauguration of the 'Azadi Ka Amrit Mahotsav' and also in his Independence Day speech this year, as per an official statement.

In 2015, PM issued a commemorative coin of a hundred rupees and a circulation coin of five rupees on Rani Gaidinliu. (ANI)