Why bullying in politics is a matter of democracy 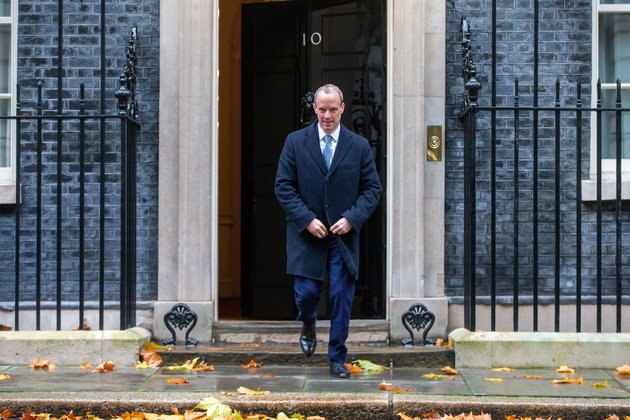 Dominic Raab, the UK's deputy prime minister, has become the latest figure in the government to be accused of bullying. Bullying, harassment, and sexual misconduct are always serious matters. They can harm a victim's personal and professional development and wellbeing, and create cultures of fear and intimidation. In political contexts, however, they have effects beyond personal health and institutional welfare.

The impact of bullying in political institutions has the potential to undermine liberal democracy itself. It can distort political representation, decision-making and the implementation of policies that affect the lives of the public.

When ministers bully civil servants there are clear consequences for the quality of governance. Ministers rely on civil servants to get the work of government done - a breakdown in this trust can have significant implications for society. As a civil servant stated in response to the bullying allegations levelled at Raab:

Raab has denied these allegations.

The complaint that civil servants are vulnerable to bullying by ministers is a common one. Sir Gavin Williamson, former Cabinet Office minister, resigned at the beginning of November 2022 after denying allegations that he bullied civil servants and colleagues. The irony and potential hypocrisy involved in Williamson's recent lead in the government's anti-bullying campaign was not lost on the media, and his appointment resulted in reputational costs for Prime Minister Rishi Sunak.

In 2020 Priti Patel, the former home secretary, was also accused of bullying civil servants. Patel accepted the findings of a Cabinet Office inquiry into her behaviour and apologised. The Home Office paid Pound 370,000 to settle a tribunal over her conduct, ultimately costing the tax payer.

However, there are broader social harms inflicted by bullying. Intimidation inhibits the ability of civil servants to speak truth to power and act impartially, affecting how well government policy is both formulated and implemented.

In March 2022, an independent expert panel found John Bercow, former speaker of the House of Commons, to be a "serial bully and a liar" in relation to his behaviour towards House of Commons staff. MP Christina Rees lost the Labour whip in October 2022 for alleged bullying of constituency staff.

And Boris Johnson's resignation as prime minister in July 2022 followed his handling of the Chris Pincher affair, when the deputy chief whip was accused of groping men. It emerged that Johnson had known about similar allegations but nevertheless appointed Pincher to a senior position of power and influence. Pincher subsequently quit as chief whip and apologised for his actions.

The power invested in the whips and its potential for abuse is well-known. In January 2022, William Wragg MP alleged that blackmail was being used by Conservative whips against his colleagues. And former Conservative MP Rory Stewart called the whole party system an "elective dictatorship", with whips engaging in "blackmail and intimidation" to force party loyalty.

These tactics, while usually concealed within party machines, were highlighted in October 2022 during a "chaotic fracking vote", in which Conservative Party whips allegedly "bullied and manhandled" MPs into backing former prime minister Liz Truss.

Multiple investigations over the years have confirmed that these are not isolated incidents but part of a wider culture. The impact this culture has on the freedom of debate, the representation of views, the quality of decision-making and the shape of public policy is impossible to quantify.

However, it's clear that bullying can inhibit the ability of MPs and other parliamentary staff to represent their constituents and do their jobs effectively. Such behaviour is therefore a corrosive and even corrupting force in the political life of Westminster.

While anyone can be a victim of bullying, it is clear that it affects some groups more severely than others. In a political context, this can lead to a lack of representation of those more likely to be exposed to bullying, by undermining their willingness or ability to participate.

Allegations about sexual harassment in Westminster are common and overwhelmingly affect women. There are long-standing rumours about lists of bullies and sex-pests being circulated to new female MPs to help them avoid their advances. A culture that enables this kind of bullying can stymie the efforts and undermine the political aspirations of those subjected to it.

Despite earnest (if overdue) efforts, significant changes on paper, and some progress, institutional cultures interact with broader society and are notoriously difficult to change. Changing tolerance levels in parliament goes hand in hand with challenging tolerance for bullying and other forms of discrimination in society.

Evidence suggests that bullying has touched almost every kind of relationship in and around Westminster. This should alarm not only those concerned about the wellbeing of individuals but also those interested in the wellbeing of society, democracy, and our shared political future.

To counter bullying will take time, humility, and a clear signal from the top that these behaviours are not only unacceptable and personally harmful but also corrode liberal democratic institutions and values.