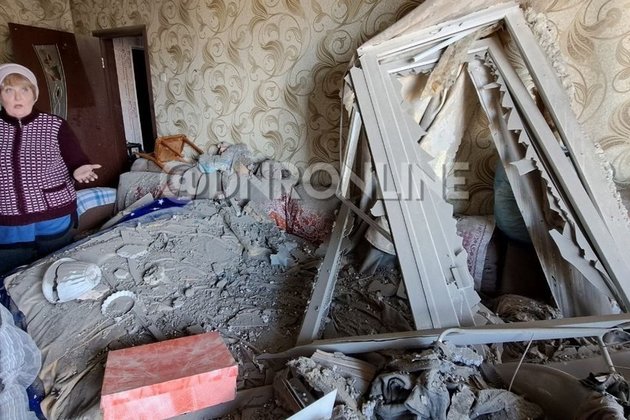 Kiev's forces have shelled the city of Donetsk, killing at least three people and wounding five civilians, local authorities said on Friday. The Ukrainian military fired ten rockets from a Soviet-made Grad launcher, according to officials.

The shelling targeted the Kiev district in the north of the city, the territorial defense HQ of the Donetsk People's Republic (DPR) reported on Telegram.

Meanwhile, the DPR representative office in the Joint Center on Control and Coordination (JCCC), which monitors "Ukrainian war crimes," said the strike killed one elderly man and one woman. Details on the third victim are still unknown. It added that the wounded included two women and a ten-year-old boy.

The office also noted that the shelling had hit at least five residential blocks. Later in the day, it reported that Ukrainian forces had fired ten missiles from BM-21 Grad launchers.

Footage from the scene published on social media shows several blurred dead bodies lying on the ground, as well as heavily-damaged indoor premises.

This fresh attack comes just a day after another shelling of the city by Kiev's forces killed an emergency service worker and injured two more people, according to city mayor Alexey Kulemzin. The strike, in which 12 missiles were fired, damaged the city administration's building, he added.

Donetsk has been subjected to artillery and missile attacks by the Ukrainian forces on an almost daily basis since Russia launched its military operation in late February. That's after years of sporadic shelling of the city since 2014, when the DPR, along with the Lugansk People's Republic, broke away from Ukraine after Viktor Yanukovich, who had been democratically elected president, was ousted in a coup. Last fall, both republics, along with Kherson and Zaporozhye Regions, overwhelmingly voted to join Russia in public referendums.