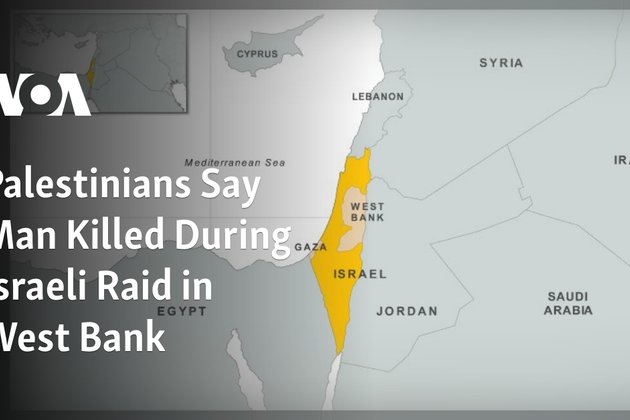 Jerusalem - Palestinian health officials said a Palestinian man was killed by Israeli fire during a military raid in the occupied West Bank on Monday.

It was the latest death in a recent surge of violence in the territory. The Israeli military has been conducting daily raids throughout the West Bank since the spring.

The official Palestinian news agency Wafa said that soldiers entered the Deheishe refugee camp near the city of Bethlehem early on Monday, sparking clashes with a group of residents. The soldiers then fired tear gas and opened fire at the crowd, it said.

The agency said Omar Manaa, 22, was killed, while six other Palestinians were wounded. Four people were arrested.

Rising Israeli-Palestinian tensions have made 2022 the deadliest year in the West Bank and east Jerusalem in the long-running conflict since 2006. Further escalation appears likely, as the most right-wing and religious government in Israel's history is poised to be installed in the coming weeks, with former Prime Minister Benjamin Netanyahu returning to power.

Monday's deadly shooting came against the backdrop of months of Israeli arrest raids in the West Bank, prompted by a spate of Palestinian attacks against Israelis in the spring that killed 19 people. The military says the raids are meant to dismantle militant networks and thwart future attacks, but the Palestinians say they entrench Israel's open-ended occupation, now in its 56th year. A recent wave of Palestinian attacks against Israeli targets killed an additional nine people.