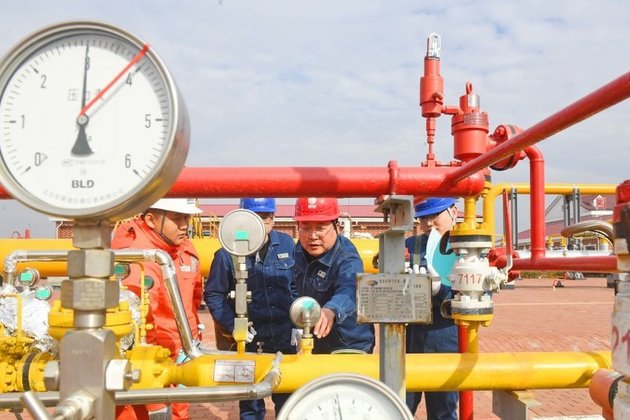 A key section of the East Route natural gas pipeline has been completed, Global Times reports

A key construction project that is part of the East Route pipeline supplying Russian natural gas to China was completed over the weekend, the newspaper Global Times has reported, citing energy giant PipeChina.

The now-completed tunnel under the Yangtze River will allow Russian gas to reach Shanghai. Having taken 28 months to construct, the tunnel is over 10km long and is designed with three natural gas pipelines, each 1.4m in diameter, according to the report. The East Route natural gas pipeline is expected to be completed and operable by 2025.

He explained that "the project offers a successful example of mutual benefit and international cooperation, and it combines the advantages of Russia's abundant resources with China's vast market."

The East Route natural gas pipeline was partially launched in December 2019, thus becoming the first pipeline to supply Russian gas to China. It includes the 3,000km-long Power of Siberia pipeline in Russia and a 5,111km-long section in China.

The mega pipeline will provide China with 38 billion cubic meters of Russian natural gas annually starting in 2024. It is part of a $400 billion, 30-year agreement inked between Russia's Gazprom and the China National Petroleum Corporation in May 2014.