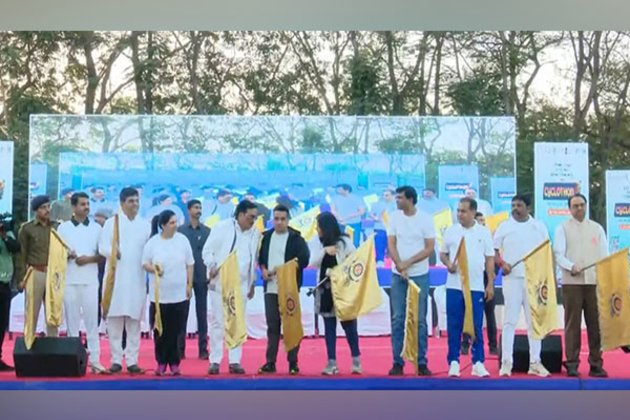 In Surat, a cyclothon competition was organized by Smartcity Development, Surat Municipal Corporation and Surat City Police on Sunday morning. More than 5000 people participated in this competition in two categories.

The cyclothon competition was organized and had categories up to five kilometres and twenty kilometres. Plans were made to encourage cycling and get the people of Surat more involved in the fight against pollution.

As the pollution in the city increases, more and more people are being encouraged to use bicycles. Organizing this cyclothon competition was also a part of it.

MoS Gujarat Harsh Sanghvi was also riding a cycle at the event.

With the aim to spread awareness among the people to make them more conscious of the environment and their health, cyclothons are organized in various cities of the country. (ANI)