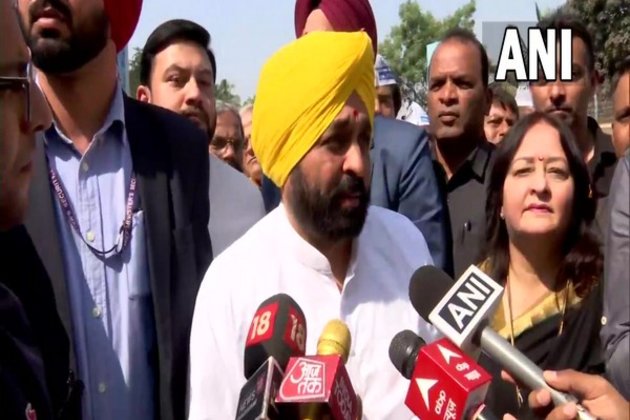 Mumbai (Maharashtra) [India], January 22 (ANI): Punjab chief minister Bhagwant Singh Mann has arrived in Mumbai on a two-day visit for the "Invest Punjab Summit". He will meet different investors in the city to invite them to the state.

The Aam Aadmi party workers received him at the airport and welcomed him into the city.

On asking about Bharat Jodo Yatra, he said that Rahul Gandhi should unite the congress party first before going for the unity of the country as the congress has a lot of disputes within it.

Bhagwant Mann also confirmed that the Aam Aadmi party is going to fight the Mumbai BMC elections as it has become a national party and the party workers are well prepared. (ANI)