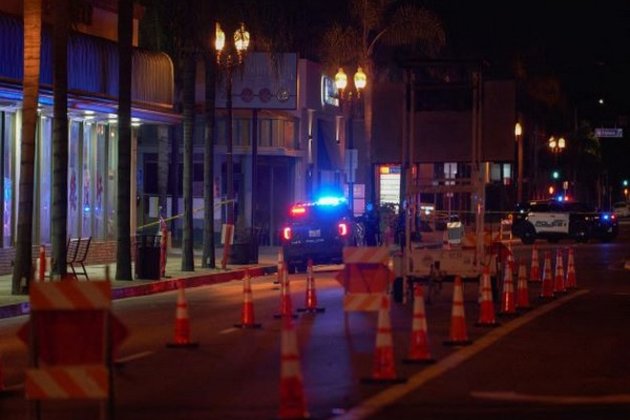 California [US], January 23 (ANI): The search for an Asian gunman who killed 10 people and wounded 10 others at a Los Angeles-area ballroom dance studio might now be coming to an end as the Los Angeles Police involved in a stand-off with him, reported CBS News.

Police have located a white van they believe is connected to the gunman who opened fire at a Lunar New Year celebration on Saturday night.

The Los Angeles County Sheriff's Department released the first images of the suspect Sunday afternoon and asked the public to come forward with any information about his identity.

A bulletin said the suspect was a man of Asian descent who stands about 5 foot 10 inches and should be considered "armed and dangerous."Sheriff Robert Luna said the investigation indicated that the suspect walked into the Star Ballroom Dance Studio in the city of Monterey Park on Saturday night and began firing before he was disarmed by patrons, reported CBS News.

Multiple police cars surrounded the vehicle in Torrance on Sunday morning and shots were fired, law enforcement sources told Los Angeles Times. It was not known who was in the vehicle or whether there were any injuries.

A law enforcement source briefed on the matter said the gunman used a high-powered assault rifle at close range.

Some witnesses described a white cargo van, which Luna said should be considered "a van of interest," reported Los Angeles Times.

Aerial footage showed a white transit van hemmed in by two armoured police vehicles, while a large number of police cars stood nearby in Torrance, south of Los Angeles.

The development came as Los Angeles County Sheriff's Department released images of the man they are looking for.

A SWAT team had surrounded a white van believed to have a suspect inside, according to a law enforcement source who said the suspect apparently shot himself but does not know if the suspect is dead, reported CBS News.

The mass shooting, one of California's worst in recent memory, happened around 10:22 pm in the 100 block of West Garvey Avenue at a business known as Star Dance Studio.

Firefighters pronounced 10 people dead at the scene, including five men and five women, Luna said. At least 10 others were taken to numerous hospitals, and their conditions range from stable to critical.

About 20 minutes after the shooting, a "male Asian suspect" with a firearm walked into another dance hall in the neighboring suburb of Alhambra, Luna said. "Some individuals wrestled the firearm from him, and that individual took off," he said.

Homicide investigators were working with the Monterey Park Police Department, the FBI and the California Governor's Office of Emergency Services, in addition to other law enforcement bureaus, in the search for the suspect, reported CBS News.

Monterey Park is a city of about 60,000 people that sits at the eastern edge of Los Angeles. The majority of its residents are Asian immigrants or their descendants, most of them Chinese. The dance studio in downtown Monterey Park is just a few blocks from city hall on its main thoroughfare of Garvey Avenue, which is dotted with strip malls that are full of small businesses whose signs are in both English and Chinese. Cantonese and Mandarin are both widely spoken, Chinese holidays are celebrated, and Chinese films are screened in the city. (ANI)