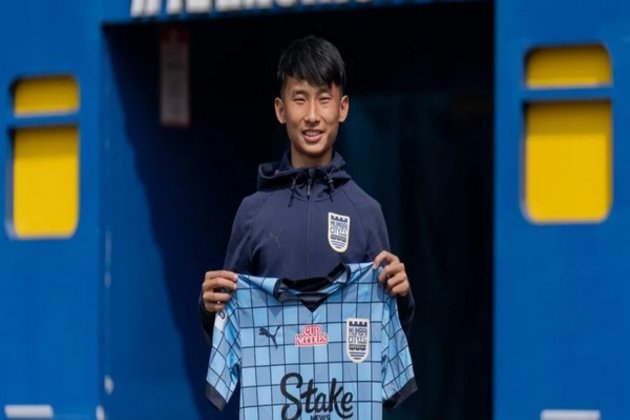 Mumbai (Maharashtra) [India], January 25 (ANI): Mumbai City FC on Wednesday announced the signing of young midfielder Gyamar Nikum from I-League side Rajasthan United for an undisclosed transfer fee. The 18-year-old joins the Islanders on a four-and-a-half-year contract, which will run until May 2027.

"It is a great honour for me to join Mumbai City and indeed a proud moment for my family. Not only is the club ambitious on the pitch, but also provides a great platform to grow and develop for a young footballer like me. I'm thankful to coach Des (Buckingham), his staff and the club management for giving me an opportunity that is nothing short of a dream. I hope I continue to grow, learn from my incredibly talented teammates and give my best for the Mumbai City badge every single day," Nikum said in an official statement released by Mumbai City FC.

Following the arrivals of Halen Nongtdu and Ahan Prakash, Gyamar Nikum joins a growing rank of young talent at Mumbai City FC and will be a part of the first team.

"I am happy to welcome a talent like Nikum to the club. He is a player that showed his potential against us and others in the Durand Cup and one that we felt could really fit into our style with his positive attributes. At Mumbai City, we want to work with and help develop the best footballers in India, and Nikum fits this and will complement our young squad. We are excited to have Nikum with us and I look forward to working with him," head coach of Mumbai City FC Des Buckingham said.

Hailing from the town of Naharlagun in Arunachal Pradesh, Nikum got selected to play for his state in the BC Roy Trophy back in 2019 at the age of 15. After leading his team to the semi-finals, Nikum was scouted by Rajasthan United and was invited to play at their residential academy.

Nikum swiftly became part of the first team at Rajasthan United and in 2021, he became one of the youngest players and the first from Arunachal to feature in an I-League qualifier at the age of 16 when he took the field against Madan Maharaj FC.

Nikum's breakout campaign in the I-League came in the 2021-22 season, when he showcased glimpses of his potential for Rajasthan United in their debut I-League campaign. Nikum featured in 14 matches out of 18, helping his club qualify for the Championship Round of the league. In the 2022 Durand Cup, Nikum impressed once again - he scored a stoppage time winner against ATK Mohun Bagan and set up the goal against Indian Navy that ensured Rajasthan United's qualification from Group B, on either side of a well-taken goal against the Islanders.